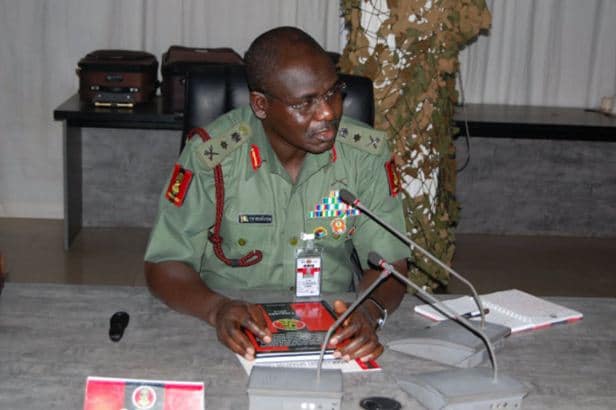 The Chief of Army Staff, Lt.-Gen. Tukur Buratai disclosed this on Wednesday, when the House of Representatives Committee on Army, led by its Chairman, Rep. Rimande Shawulu were on an oversight visit to the Army headquarters.

It will be recalled that Buratai had hinted of the operation in Makurdi on Sept. 22 at the close of the combined 2nd and 3rd quarter Chief of Army Staff Conference.

The chief of Army staff, who, did not give further detail on the operation, however, said: “Once we start (the operation), we will not relent until everybody abducted is rescued.’’

Buratai thanked the committee for increased budget allocation to the army in 2016 and solicited for more support to enable it carry out its statutory functions.

On the issue of human rights, he promised that the army would continue respect and not infringe on the rights of the people, while carrying out its duty.

Buratai, however, noted that whatever had happened in course of personnel performing their duty was not “deliberate.’’

He said to ensure respect for human rights, discipline and professionalism; the army launched its human right policy on Tuesday.

Earlier, Shawulu commended the army for the fight against insurgency and other security challenges nationwide in spite of the challenges of poor funding, inadequate equipment and state of their barracks.

The chairman, however, noted that because they were deployed in almost all the states, performing functions, which ordinarily were not theirs, there had been “friction’’ with the civilians.

“We are requesting for quicker responses to the issues and matters referred from the committee to you.

“This is important to assure members of the public that there is a channel that can lead to legal, constitutional and peaceful resolution of their complaints.

“This will ensure that people do not seek extra legal resolutions,’’ Shawulu said.

He assured that the committee would continue to support the army to enable it discharge its duties effectively.