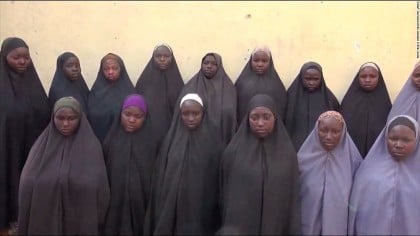 Segun Adeyemi, Abuja: The Federal Government has said it has the same goal as the Bring Back Our Girls (BBOG) group, which is to secure the safe return of the Chibok girls.

The Minister of Information and Culture, Alhaji Lai Mohammed, who made the assertion on a special programme to mark Nigeria’s 56th independence anniversary on Channels Television on Saturday night, noted, said the federal government’s commitment to bringing back the girls is not in doubt.

“I want the Bring Back Our Girls to understand that this government appreciates what they are doing. We are all batting on the same side and we are as concerned as they are and we are well ready to work with you. Clearly we need a closer working relationship so that there will be no communication gap. Clearly, I do not see the objective of the BBOG group as different from ours,” said the Minister, who appeared side by side with the BBOG Co-Convener, Mrs Oby Ezekwesili.

While reiterating the President’s statement that there will be no closure to the Boko Haram issue until the Chibok girls are released and returned safely to their families, he noted that apart from the parents of the girls, no other individual or group has a higher stake in the release of the girls than the Federal Government.

Alhaji Mohammed said there is no contradiction between the fact that Boko Haram has been defeated and the fact that the girls remain in captivity.
“There shall be no closure on the Boko Haram issue until and when the Chibok girls are released and returned to the safety of their families.”

I think that does not contradict what Mr President has said that we have defeated Boko. Of course anybody who is familiar with the philosophy of insurgency will understand that it is not the regular kind of war where you sign an armistice and the guns become silent forever, but rather it is a kind of guerrilla war.

“But what Mr President said, which cannot be contradicted, is that as of May 29, 2015, when he took over, we had a chunk of our territory in the hands of Boko Haram. As at 2015, a part of the Northeast could not be accessed because of the activities of the terrorists, but the same cannot be said about the area today,” he said.

The Minister said it is necessary to situate the Chibok saga within the proper context, noting that the girls have been in captivity for over 400 days before the Buhari Administration came into power, yet there have been attempts by the government to establish contact with Boko Haram to secure their release (but) the fictionalisation within the terror group made it difficult for the deal to go through.

“I want us to put things in correct perspective. Yes, the issue of the kidnap or abduction of the Chibok girls is one that should affect everybody, it is not out of place for anyone to be emotional about it but at the same time we must be rational in our approach to the issue. Yes, today might be 901 days since the girls were abducted but it must also be understood that these girls were abducted 400 days before this government came to power, this must not be forgotten and by the time we came in, the trails had gone cold. The first 48 hours after any kidnapping constitute the most critical period.

“If you listen to my press conference some weeks ago with respect to the failed negotiations, it is clear that every occasion starting from the one in August 2015 where for 10 days we were at the appointed point where Boko Haram fighters were supposed to be exchanged with the Chibok girls, the factionalisation of Boko Haram played a key role in our inability to secure the release of the girls,” he said.

Alhaji Mohammed said the fact that the President approved the deal to exchange even some Boko Haram armourers for the girls is the clearest indication yet of his unflinching commitment to securing their release.

He also said there is no contradiction between the President’s statement that there is so far no credible leadership of the Boko Haram to engage with and the fact that the government has tried three times to strike a deal for the release of their girls.

“Like I explained at that press conference, right from the time when we were approached that Boko Haram leadership wanted to exchange the girls for their people, Mr President was quite worried because they (Boko Haram) insisted that some of the terrorists who were actually the masterminds behind the bombings should be included on the list of those to be released. Despite that, the president accepted and the entire process was activated but for 10 days we were there and there was breakdown of communication and nothing was achieved. So that was what Mr President meant when he said ‘yes we are ready to negotiate but that we need a credible leadership to engage with,” the Minister said.