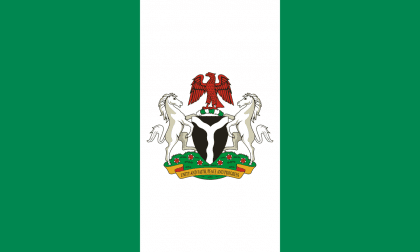 The designer of the national flag Michael Taiwo Akinkunmi, was a twenty-three-year-old student. He was studying at Norwich Technical College in England when he saw an advertisement in a newspaper that submissions were being accepted for the design of a new National flag. In 1959 Akinkunmi’s design was chosen as the winner and, with adaptations, was first officially used on October 1, 1960, Nigeria’s Independence Day.

Akinkunmi designed of Nigeria Flag in the competition held in 1959, the original submission had a red radiating sun badge in the center triptych of one white horizontal with a green horizontal on each side. After the badge was removed by the judges, the flag has remained unchanged. Like other countries, Nigeria has special ensigns for civil and naval vessels. Some of its states also have flags. 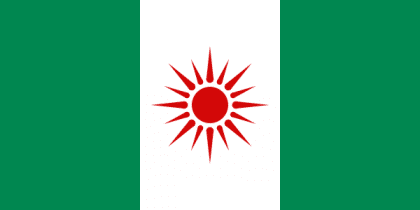 The importance of national flag of Nigeria lies in the fact that each color represents the rich cultural heritage of the country. As the green color represents the fertile land and agricultural diversity of the land while the white stands for peace and unity at the same time representative of the Niger River that passes through the whole country and is invariably a part of its geographical identity.

Worthy to note, Nigeria Flag is be ceremoniously flown in the morning during sunrise and lowered at sunset as according to them a flag of national importance does not sleep. It’s also important to note that the national flag of Nigeria should be hung or half flown on days of state funerals or important memorial days. If in any case, the flag is in a room, then no other flag should be placed higher than that. If the flag is torn out it shouldn’t be flown or used but rather burned or destroyed.