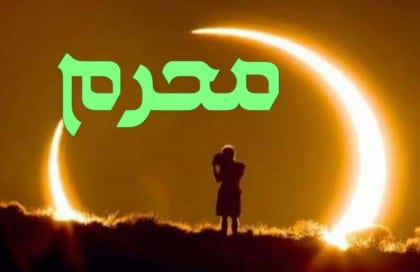 Muharram is the first month of the Hijri year and is one of the sacred, blessed and important month.The four sacred months concerning which Allah says (interpretation of the meaning):

Al-Qur’an 9:36
“Verily, the number of months with Allah is twelve months (in a year), so it was ordained by Allah on the Day when He created the heavens and the earth; of them, four are sacred. That is the right religion, so wrong not yourselves the r ein…”

Reported by Al-Bukhari, 2958
Abu Bakarah (may Allah be pleased with him) reported that the Prophet (peace and blessings of Allah be upon him) said:
“The year is twelve months of which four are sacred, the three consecutive months of Dhul-Qa’dah, Dhul-Hijjah and Muharram, and Rajab Mudar which comes between Jumadah and Sha’ban.”

The tenth of Muharram was a day which not only the pagans of Quraish, but also the Jews and the Christians of the time held in honor before the advent of Islam and they commemorated this day by fasting. The Messenger of Allah (saws) declared that the believers, because of their true belief upon all the previous Prophets of Allah, had more right to honor this day and he (saws) encouraged the believers to differ from the pagans and fast two days, either the 9th and the 10th or the 10th and the 11th, in commemoration of this great day.Read More: Ashurah

Muslim and Abu Dawud
Ibn ‘Abbas reported: “The Messenger of Allah (saws) fasted on the day of ‘Ashurah and ordered the people to fast on it. The people said: ‘O Messenger of Allah (saws) , it is a day that the Jews and Christians honor.’ The Prophet (saws) said, ‘When the following year comes–Allah willing–we shall fast (also) on the ninth.’ The death of the Prophet (saws) came before the following year.”

Hadith
Abu Hurayrah (may Allah be pleased with him) said: “The Messenger of Allah (peace and blessings of Allah be upon him) said: ‘The best of fasting after Ramadhan is fasting Allah’s month of Muharram.”

The phrase “Allah’s month”, connecting the name of the month to the name of Allah in a genitive grammatical structure, signifies the importance of the month. Al-Qari said: “The apparent meaning is all of the month of Muharram.” But it was proven that the Prophet (peace and blessings of Allah be upon him) never fasted any whole month apart from Ramadhan, so this hadith is probably meant to encourage increasing one’s fasting during Muharram, without meaning that one should fast for the entire month.