Kannywood actress apologized after her suspension by MOPPAN 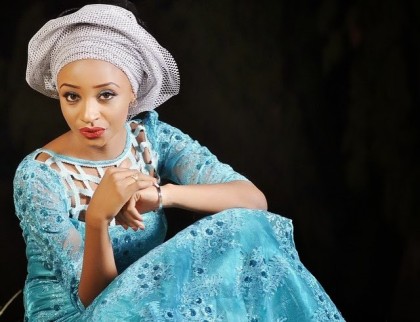 Popular Kannywood actres Rahama Sadau has apologized to her teeming supporters, fans and followers following her feature on a music video by ClassiQ that led to her banning by Motion pictures Practitioners Association of Nigeria, MOPPAN. According to the message released on her twitter handle she said that Innocuous touching in the line of work is inevitable as such she makes no excuse for her actions and take full responsibility. 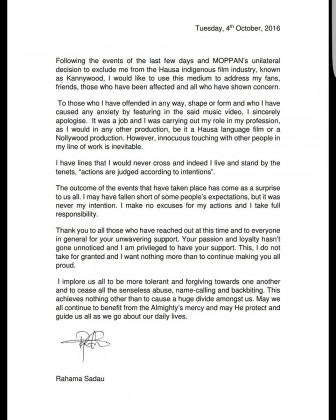 Her banning followed a communique issued by MOPPAN and signed by it secretary, Salisu Mohammed, stated reasons for Sadau’s expulsion from acting and participating in any Kannywood activities. Her action has been described as immoral act and its against the ethical standard in the Kannywood films.

“The leadership of the industry has taken this decision for her violation of its codes of ethics known to all it practitioners.

“More so, the leadership hopes that this will serve as a deterrent to the actors and actresses to check their public behaviour as they are expected to be good ambassadors to the society they represent.

“Furthermore, a committee has been set to receive and deal with reactions and feed backs to this resolution in respect to the affected actress especially those producers that currently engage her in their projects.