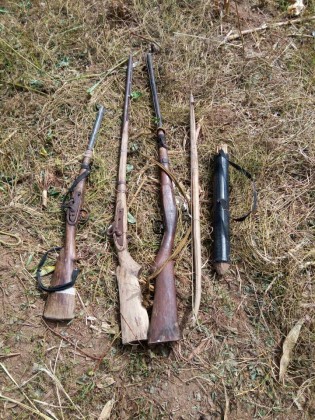 The suspected opened fire on the troops that led to exchange of gunfire between both at the end which 5 kidnappers were killed.

The patrol team recovered 3 Dane guns and other dangerous weapons from the suspects.

He is currently being interrogated. Similarly, at about 5.43pm yesterday 3 women suspected to be spouses of wanted Boko Haram terrorists and logistics suppliers were arrested at Miringa market by vigilante members in the town.
They however, handed them to troops and they also being investigated.

NEWER POSTKannywood actress apologized after her suspension by MOPPAN
OLDER POSTPhoto: Julius Berger at Work on the Lagos-Ibadan Expressway During the Public Holidays