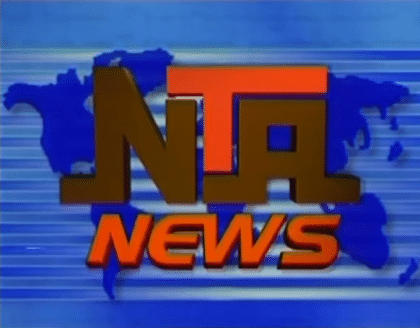 The Presidency says preparation towards the submission of the 2017 budget to the national assembly is progressing well.

To this end, President Muhammadu Buhari today forwarded to the national assembly the 2017, 2018 and 2019 Medium Term Expenditure Framework and Fiscal Strategy Paper, MTEF & FSP for discussions and subsequent approval. President Buhari in a letter to the national assembly informing the legislators of the MTEF and FSP said that preparation by the executive towards the submission of the 2017 budget as constitutionally required is progressing well. The president’s letter, sought expeditious approval of the document so as to move the 2017 federal budget process forward.

The 2017 budget, the letter said is designed against the backdrop of a generally advanced global economic environment as well as fiscal challenges in domestic economy.

The 2017-2019 MTEF and FSP articulates the federal government economic, socio and developmental objectives as well as the strategies for achieving objectives and priorities.

The National Chairman of the All Progressives Congress Chief John Odigie Oyegun has described his party’s victory in the last governorship election in edo state as a reaffirmation of confidence in the leadership of President Muhammadu Buhari and the ability of his Administration to address Nigeria’s fundamental problems.

Speaking to newsmen after an audience with the president, Chief Oyegun said the choice of the party’s candidate and the giant strides recorded by Governor Adams Oshiomhole in developing the state were also contributory factors.

The national chairman also reacted to what he called the differences of opinion between himself and one of the leaders of the party Bola Ahmed Tinubu describing it as normal in politics.

Minister of Science and Technology Ogbonnaya Onu says Research Institutes under the Supervision of the Ministry have been mandated to pursue vigorously the commercialization of Research findings for the benefit of Nigerians.

The Minister who spoke to state house correspondents shortly after the meeting of the national research and innovation council headed by the Vice President Yemi Osinbajo says the meeting which is the second since the inception of the present government is to advance science and technology in the country.

Two week training on Mental Arithmetic and mathematics improvement for teachers and students in primary and secondary schools has ended in Yenogoa.

The training provided opportunity for teachers to learn new techniques for teaching mathematics.

President Of ECOWAS at parliament

The ECOWAS commission wants its member countries to find lasting solutions to the conflicts between cattle breeders and farmers.

This came as the commission is concerned about the economic and security situation in West African Region.

President of the commission, Marcel Alain De Souza said this while presenting status report on the state of the community to parliamentarians.

In a move to deepen Nigeria’s democracy and entrench an enduring electoral process, the Minister of Justice and Attorney-General of the Federation, Abubakar Malami San have inaugurated a Constitution and Electoral Reforms Committee in Abuja.

The Twenty-Five Member Committee has former Senate President Ken Nnamani as its chairman.

To this end, the Tribunal ordered him to forfeit his Abuja Property.

The need for Nigerians to extend hands of fellowship to the families of the nation’s fallen Heros was the thrust at the inauguration of the 2017 national planning committee for the armed forces Remembrance Day celebration.

This was his message at the inauguration of a health centre built by Road Safety Officer’s Wives Association (ROSOWA) in Kuchikau, Nasarawa State.

The Federal Ministry of Information and Culture has signed a memorandum of understanding to fund the development of young talents in the creative industry. The MOU was signed in Lagos at a ceremony that was well attended by a cross section of cross section of stars drawn from the entertainment industry.

GMN On Stabilizing The Naira

To stabilize the nation’s troubled currency, the federal government should ensure better coordination between its fiscal and monetary policies, improve perception of the country, boost local production and reduce imports.

The Federal Government’s Vision of Improving Infrastructure by Encouraging Agriculture is a calculated attempt to curb the menace of insecurity and create jobs.

The Administrative Secretary of Okene Local Government Area of Kogi State Abdullahi Shehu while interacting with journalists in Abuja said the quality of leadership at the federal level is positively transforming lives at the grass root.

Kogi state he added is focusing on Infrastructural development and improving the welfare of workers for maximum security and enhance productivity at the grass root.

He said the time to support leaders to harness the nation’s potentials for growth is now, and urged the people of Kogi State to shun acts that will truncate the peace and security being enjoined in the state.

Nigeria’s re-election into part 2 of the International Civil Aviation Organization (ICAO) council was successful with a total vote of 152, the significance of the part 2 membership for Nigeria and Africa. ”

Minister of Information and Culture Lai Mohammed has called on the private sector to invest in developing the country’s arts and culture sector because of its enormous Economic Potentials.

The Minister who was represented by the permanent secretary Federal Ministry of Information and Culture Mrs Ayotunde Adesuwa made the call in his opening Address at the flag off of 2016 National Festival of Arts and Culture, NIFEST 2016, hosted by Akwa Ibom State.

Lai Mohammed noted that the annual festival which started as a forum to foster unity among the diverse Ethnic entities in the country has grown into a medium of showcasing the country’s national heritage to the world.

This year’s edition of the festival with the theme: exploring the goldmine in Nigeria’s creative industry features for the first time a children competition which involves drawing and painting on the theme: 10 ways of using culture to make Nigeria stand out in the international community.
Watch Complete Video Report Below: