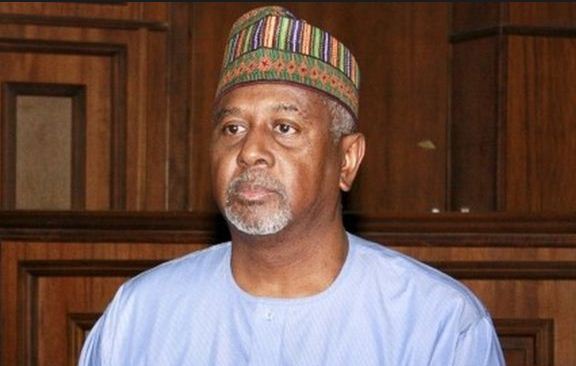 Dasuki has been in detention since December 2015 as fresh allegations on the money emerges and also standing trial for illegal possession of arms.

The ECOWAS court in Abuja said that the detention of Dasuki violated both national and international laws on the right of persons and citizens to freedom of liberty.

The court dismissed the allegations of unlawful possession of firearms and economic crimes allegedly committed by Dasuki.

The court also said that the Nigeria government missed the track because the applicant applied before the court for the enforcement of his breached and contravention of fundamental right.

Justice Nwoke said that even if the applicant had committed a crime, due process which is inculcated by the law must be observed in his trial adding that it is an established fact that the applicant was put on trial in three different Nigeria High Courts and was granted bails by the courts.

The court said that the action of the Federal government in subjecting Dasuki into the detention without trial is condemnable because criminality has not been established against him.

Justice Nwoke further said that the Nigerian government took laws into its hands and made mockery of the rule of law by arresting the applicant without warrant of arrest or warrant of detention when he had legally being granted bail by the appropriate courts.

According to the court, detention order must be made in writing and must be delivered to the detainees adding that in the instance case none of such was obtained and delivered to Dasuki by the Federal Government before arresting and executing and forcefully took away properties of the applicant in his house in Abuja and Sokoto.

The ECOWAS court also dismissed claims by the FGN that Dasuki’s arrest and detention was in his own interest.

It added that the claim was an assault to the Nigerian Constitution and other international laws because there was no iota of evidence placed before the court that applicant applied for security protection.

Beside, the ECOWAS Court said that the claim of Nigerian Government that Dasuki was detained on his own interest was against the claim made by the same government that the applicant was arrested and detained because he constituted a security threat to the Nigerian nation and having also committed some Economic Crimes.

The court held that the claim that Dasuki was detained in his own interest was unreasonable and that Nigeria being under a democratic government where the rule of law is expected to be protected ought to act within the ambit of the law since every nation is subject to the rule of law.

In the same vein, the court warned the Executive arm of government not to interfere with judiciary matters.

“For the avoidance of doubt, anybody who commit crimes must be put on trial before an appropriate court but in doing so, the state must respect local and international laws in the prosecution of such persons.” Justice Nwoke said.

The court therefore declared that the arrest, detention and the continued detention of Dasuki since December 2015 without warrant of arrest was unlawful, arbitrary and done in contravention of both local and international laws especially Article 5 and 6 of the African Charter on People’s and Persons’ Rights to freedom of Liberty.

The court also ordered that the invasion of Dasuki’s house in Abuja and Sokoto and forceful removal of his personal properties violated all the relevant laws, especially the Constitution of Nigeria under Section 37 and 44.

In the legal action, the former NSA had asked the ECOWAS Court to declare as unlawful and unconstitutional and breached of his fundamental right his arrest since last year without a lawful court order.

The applicant had also prayed the court to declare action of government in keeping him in a dehumanising condition after the bails as unlawful and violation of his right to dignity of human person, privacy and family life guaranteed and protected right under Section 34 and 37 of the Nigerian Constitution and Article 17 of the International Covenant on Civil and Political Right and Article 12 of the Universal of Human Right.

He had therefore prayed for an order for his release and that of his properties during the invasion of his houses.

Apart from seeking for his release to face adequately charges against him in courts, Dasuki also demanded a compensatory damage of N500 million against the government for its egregious violations of his right as guaranteed under the law.

Mr. Wale Balogun who stood for Dasuki in Court reacted to the verdict by expressing optimism that the Federal Government adhere to the judgement as the it is a major stakeholder and signatories to the protocol of the ECOWAS Court.