Abuja, Wilson Uwujaren (EFCC Spokesperson): Statement released to the press for public consumption inferred that proceedings in the case involving a former National Security Adviser, Col. Sambo Dasuki and four others before Justice Hussein Baba-Yusuf of the Federal Capital Territory (FCT) High Court sitting in Maitama, Abuja has been adjourned to October 21, 2016. 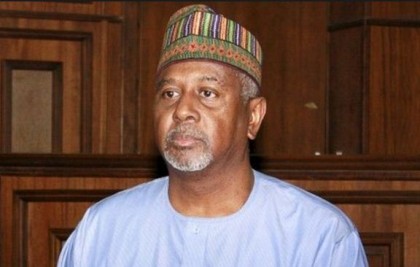 At the resumed hearing on Wednesday, October 5, 2016, the prosecution counsel, Rotimi Jacobs, SAN, moved an application for the consolidation of the case with a similar matter before Justice Peter Afem of the FCT High Court, Maitama, where
Dasuki, Bashir Yuguda, a former Minister of State for Finance; Attahiru Bafarawa, ex-governor of Sokoto State; his son, Sagir and their firm, Dalhatu Investment, are being prosecuted by the EFCC for N13 billion fraud..

Moving his application today, Jacobs said:  ‘‘I want this case to go on.  I want a situation whereby the two files can be brought before your Lordship.  I had met with the defence counsels on how we could appeal to the Chief Judge to transfer the two cases to your Lordship.

‘‘I am only seeking a ‘short cut’ for the court to dispense with the matter.  Again, my Lord, I know that your ruling on this case may attract an appeal by the defence. So, my application for the consolidation of the two cases is for my Lord to effectively hear the two cases together.’’

In his response, J.B. Daudu, SAN, counsel to the first defendant, Dasuki, had initially kicked against the prosecution’s request for consolidation of the cases, saying that  it was a ploy for the prosecution to continuously amend and delay the trial.’

Justice Baba-Yusuf said he expected that parties should have met on this issue, after the last sitting in July.

In view of this, both the prosecution and the defence counsel appealed to Justice Baba-Yusuf to stand down the matter for about 15 minutes to enable them meet and agree on the most appropriate way of resolving the matter.

When the case was called again, Daudu told the court that they (prosecution and defence) had agreed to meet with the Chief Judge of the court, Justice I.U. Bello, on the possibility of consolidating the two cases.

Consequently, Justice Baba Yusuf adjourned to October 21, 2016 to enable the parties present the outcome of their meeting with the Chief Judge of the FCT High Court, Abuja.