Iwobi Shines As Eagles Soar Against Plateau U Ahead of WCQ2018 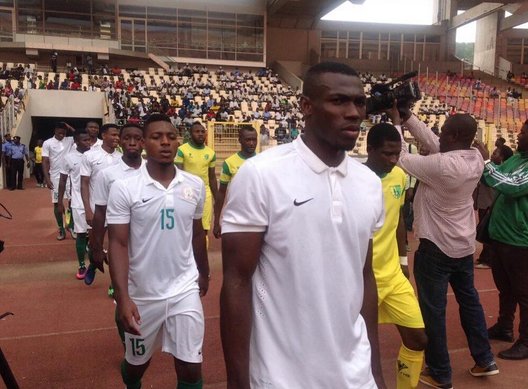 Anderson Esiti’s first half goal and an Alex Iwobi brace in the second half gave the Super Eagles a morale boosting 3-0 win over the NPFL side.

Coach Gernot Rohr lined up his wards for the practice game as he intensifies Nigeria’s preparations for Sunday’s all important game against Zambia’s Chipolopolo in Ndola.

After struggling to click into gear in the early parts of the game and several clear cut misses by Ahmed Musa, Belgium based Esiti slotted home in the 39th minute from close range after some neat build up play from the midfield exposed Plateau United’s defense.

As Rohr fielded the the First team in the second half, wholesome changes in the play was observed, energizing the Eagles as they ceaselessly besieged their opponents, confining them to their half of the field.

Alex Iwobi in the 59th minute increased the tally to 2 goals, from an initiated a swift counter attack with the help of midfield duo of Mikel and Onazi

finished it off to double the Super Eagles lead.

The Arsenal youngster completed with a late close range strike when he blasted home his second, and the senior national team’s third goal of the night.

Super Eagles defender, Elderson Echiejile said though Nigeria is in a tough group towards Russia 2018, with committment and hard work, the team is capable of making it to the next world cup.

“It’s a very challenging group but I think we are up to the task. In as much as we respect them, we will do our best to get good results in each of our games as they come.” The Eagles defender told Supersports.

Below is the list of Super Eagles players that played the game:

Ndidi replaced Musa Muhammed late in the 2nd half.