Ibori to appeal his conviction, regains freedom by December

Former governor of Delta State, James Ibori who was jailed for money laundering offences by Southwark Crown  court UK in 2012 is set to appeal his conviction following new evidence of police misconduct in the investigation of his case. 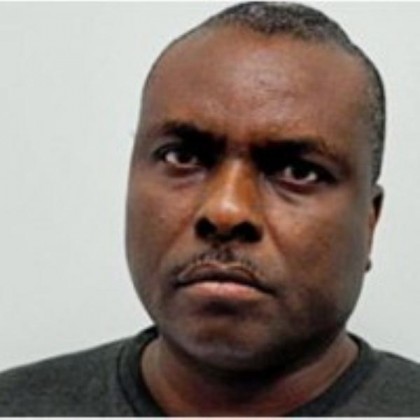 A London court was told on Friday that  Ibori  would  appeal against his conviction on the grounds that British police and lawyers involved in his case were themselves corrupt.

Ibori, who as governor of oil-producing Delta State from 1999 to 2007 became one of Nigeria’s richest and most powerful men, is serving a 13-year sentence after pleading guilty in 2012 to 10 counts of fraud and money-laundering.

While in office, Ibori acquired luxury properties in Britain, the United States, South Africa and Nigeria. He is the most senior Nigerian politician to have been held to account for the corruption that has blighted Africa’s most populous nation.

His jailing in Britain, where he had laundered millions of pounds and sent his children to an expensive private school, was hailed as a high point in the international fight against graft and an important signal to other corrupt politicians.

But his lawyer Ivan Krolick told Southwark Crown Court on Friday that Ibori was “95 percent certain” to challenge his conviction in the Court of Appeal based on documents that have only recently been disclosed to the defence by the prosecution.

At the same hearing, Stephen Kamlish, a lawyer for Ibori associate and convicted money launderer Bhadresh Gohil, said the documents showed there had been widespread police corruption followed by a cover-up that was still going on now.

The main allegation is that a police officer involved in the Ibori probe took payments for information in 2007 from a firm of private detectives working on Ibori’s behalf. At the time, Ibori had not been arrested and was still in Nigeria, but knew that British police were investigating his finances.

Kamlish said prosecution lawyers had known there was evidence of police corruption but had failed to disclose it to defence lawyers. Krolick told Reuters on the sidelines of Friday’s court hearing that Ibori did not know about the payments at the time.

The police have said that the allegation was thoroughly investigated and that no one was arrested or charged, and no misconduct identified. The officer against whom the allegations have been made is still in active service.

The Crown Prosecution Service (CPS), after a lengthy internal investigation, said in September it was confident that the convictions of Ibori and Gohil remained valid.

The CPS has said it found “material to support the assertion that a police officer received payment in return for information”. It did not use the word “evidence”, suggesting it did not consider the material in question amounted to proof.

But the CPS conceded in September that the material should have been disclosed to the defence, and handed over thousands of documents to defence lawyers. Those were the documents that Kamlish and Krolick were referring to in court on Friday.

Gohil has already filed an appeal against his conviction. Krolick said Ibori was likely to do so once his legal team had finished going through all the newly disclosed documents.

As is normal under British procedures, Ibori is due to be released in December after serving half his sentence, taking into account pre-trial detention.

But it was not clear whether he will immediately return home  because legal proceedings concerning the confiscation of his  assets worth tens of millions of dollars, were unresolved.

Gohil, a British former lawyer, has already been released after serving half of a 10-year term for his role in laundering Ibori’s millions.