I am delighted to be in the Nigerian Defence Academy again this time to review the Passing Out Parade of Cadets of the 63 Regular Course.  Since I came here a year ago to review the Parade of 62 Regular Course, I am pleased to note that the Academy has made tremendous progress in terms of both physical infrastructure and quality of teaching and training. 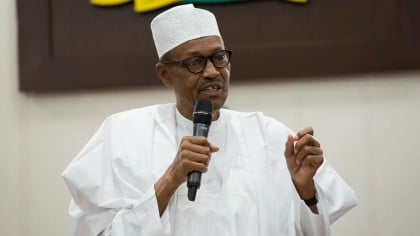 I always look forward to coming here to perform this duty as it reminds me of my cadet days as well as the opportunity it gives me to appreciate the tremendous progress and achievements of the Nigerian Defence Academy and the Armed Forces since independence.

The excellent parade we have just witnessed is a testimony to the high standard of training and discipline the Academy has set.  I, therefore, commend the Commandant, instructors and gentlemen officer cadets for this outstanding parade.  Today’s Passing Out Parade has an added significance because, for the first time in 52 years, this Academy is graduating female cadets who will be commissioned as regular officers into the Armed Forces of Nigeria.

While congratulating these soon-to-be pioneer female Regular Combatant officers for their courage and resilience in the past 5 years, I advise the Services to put in place adequate institutional mechanisms to evaluate the deployment or otherwise of our female officers in active combat roles.  But we must be careful to carry public opinion with us and respect cultural sensitivities.

I am delighted to note the series of transformations that have taken place in this great institution within the past one year which includes:

·        The Indoor Gallery Shooting Range which is the best in the sub-region;

Additionally, recent improvements in physical and human resources have led to the accreditation of 5 academic programmes by the National Universities Commission.  I commend the Commandant and staff of the Academy for these outstanding achievements within the last one year.

This Administration will continue to support the Ministry of Defence especially in capacity building and improving the welfare of its personnel in the Armed Forces.  Only recently, the Federal Executive Council approved the treasury funding of the Defined Benefits (Non-Contributory Pension Scheme) for NDA civilian retirees.  The Academy will continue to be assisted in terms of budgetary provision to sustain the high standard of excellence already attained.

To the passing out cadets, I want to observe that you are graduating into the Armed Forces at a very auspicious time when the gains of several years of sacrifice by our troops are being consolidated.  You are indeed moving into a path of honour, sacrifice and responsibility.  You are also moving to the next level having been found worthy in learning and character to move from being Cadets to officers.

Therefore, as you step out of this noble institution, your character will determine how far you can go.  Endeavour to be patriotic and exhibit the highest level of discipline and loyalty to one Nigeria.  Above all you must strive to keep to the tenets of the profession by remaining apolitical.  You are also required to exhibit the highest sense of integrity, patriotism and exemplary service to the nation and its people.

Distinguished Ladies and Gentlemen, you will all recall that this Administration inherited a badly managed Boko Haram insurgency in the North East.  The violence even spread beyond North Eastern states.  But the capacity of the insurgents to launch attacks has now been significantly curtailed.  Boko Haram’s capacity to hold territories has been obliterated.  What is on-going now are mop up operations to clear the remnants of the insurgents from their numerous hideouts.

All these successes are largely the efforts of our gallant troops of the Nigerian Military.  I therefore commend our men and women in uniform and the intelligence community for their roles in dealing with the emerging threats.  Terrorism and insurgency are new global phenomena that require concerted international cooperation to be defeated.  We have, therefore, strengthened our participation in the Multi-National Joint Task Force.

We expect that other countries in the sub-region will continue to give the MNJTF and our efforts maximum cooperation. Some of our diplomatic shuttles to Niger, Cameroon, Chad and Benin have significantly contributed to defeating Boko Haram and other terrorist groups in the sub-region.

Terrorism has a global reach: during my trips to the United States, Europe and China, we discussed strategies to strengthen cooperation towards tackling insurgency and global terrorism.  These diplomatic shuttles have contributed towards strengthening our battle against the insurgents. But we must sustain our momentum.

Today’s challenges, however, go beyond Boko Haram. We have seen the negative impacts of kidnapping, cattle rustling and renewed militancy in the Niger Delta on our economy.  The repeated attacks in the Niger Delta have been impacting negatively on oil revenues.  The scourge of illegal Small Arms and Light Weapons, and the drugs war among others remain issues which we are tackling seriously.  I would like to reiterate my call on all Nigerians to give peace a chance and jettison negative tendencies on our land and join government efforts at addressing the numerous challenges in the path of building a better Nigeria.

Recently, we flagged off the Clean-up of Ogoniland as part of the programmes to salvage the ravaged environment.  We are convinced that undertaking such a monumental project will contribute to addressing the root causes of militancy in some parts of the Niger Delta region.  However, for the avoidance of doubt let me state that other options are still open including decisive military action, if necessary, to deal with the criminal elements disguised in ethnic regalia to sabotage the country largely for their selfish and parochial interests.  However, our priority, still remains constructive engagement of the stakeholders for peace.

As we tackle the challenges of nation building and sustainable development, I urge the military to continue to operate within the rules of engagement.  The military needs to constantly abide by the laws which guide armed conflicts as you carry out your constitutional roles.  Without this, you will be doing a lot of damage to the institution and the Constitution as a whole.  It is the extent to which you respect the laws of armed conflicts that success in the real context of global best practices will be measured.

On military-civilian relationships, I acknowledge the openness with which information flows to the public these days.  In addition, we have facilitated engagement between local and global stakeholders in the civil society.  I note with delight the conscious effort of the armed forces to safeguard human rights of citizens but which the insurgents violate at will.

May I at this juncture congratulate the parents, guardians and instructors of the passing out cadets whose commitment helped to achieve this important milestone in their lives.  Gentlemen and Lady officer cadets, today you have entered a new chapter in your life.  I can assure you that it is going to be adventurous, turbulent but interesting.

Your survival as an officer in the Armed Forces of the Federal Republic of Nigeria will be dependent on the extent to which you are able to apply the knowledge and skills acquired during your academic and military training in this Academy.

Your parents, guardians and the nation in general have invested in you and it is payback time now.  You are expected to serve this country selflessly with loyalty and integrity and set new records of gallantry in the defence of our dear nation as former cadets from this Academy have done and are still doing in various military campaigns within and outside our dear country.

Finally, I congratulate the leadership of NDA and express my appreciation to members of the NDA Governing Council for providing a well focused and transparent strategic direction to the Academy.  To all the cadets on parade, I say well done once again for an excellent parade.

Thank you all. God bless Nigeria.