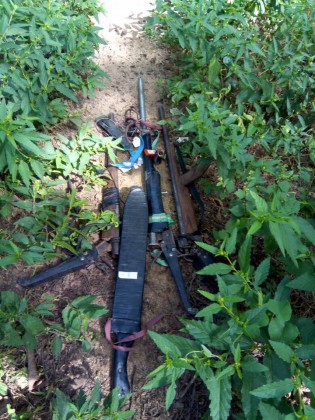 Yesterday, troops of 33 Brigade Forward Operations ambush kidnappers Base in Burra, Bauchi State based on information received from well meaning and good citizens, laid an for suspected kidnappers from Sabon Kura village, Ningi Local Government Area.
The kidnappers were on their way to Diwwa village for kidnapping activities.