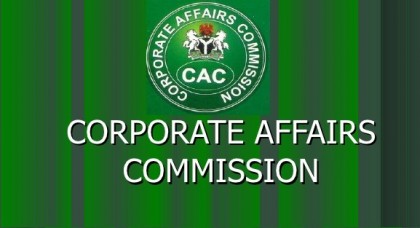 The Corporate Affairs Commission in collaboration with the Nigerian Network of NGO organized a Round Table Workshop for Nigerian Network of NGOs in Lagos recently. The Workshop with a theme; Achieving Global Best Practices in NGOs and Management was coordinated by the Incorporated Trustees Department of the CAC to provide and ensure, prompt, efficient registration and supervisions of all Incorporated Trustees (NGOs). This equally brings to the fore the necessity to close up the knowledge gaps that exist among the network members in relation to the new registration and post registration processes.

In her opening remark, the Representative of the Registrar-General, Director, Incorporated Trustees, Hajia Saratu Shafii, said that NGOs activities should be conducted strictly in line with their aims and objectives as stated in their constitution and the provisions of the Companies and Allied Matters Act as well as Regulations made there under.

She stated that in the course of discharging regulatory roles and responsibilities, the Commission realized that some NGOs are not operating in accordance with laid down requirements hence the desire to ensure that all NGOs function optimally in the national interest.

She further stated that in line with the Commission’s policy focus in the area of sensitization and enlightenment, the decision to hold the workshop has become imperative and timely.

Paper presentations were made by various resource persons and stakeholders who noted that legendary roles need to be played by the NGOs in assisting the government to attract development in various sectors of the economy. This stimulated constructive feedback and debate among participants.

Dignitaries in attendance were the representative of the Director, Special Control Unit Against Money Laundering, Mathew Enu and the CEO, BVS Professional Service, Yemi Abaola-John.

At the end of the workshop a communiqué was released part of which advised the Nigerian Network of NGOs to explore the example of other jurisdictions where umbrella bodies of NGO’s have adopted and embarked on self regulations by developing Quality Assurance Management (QUAM) standard to raise the bar in corporate governance.

Furthermore, that NGOs should align their activities with Sustainable Development Goals (SDGs) of the Federal Government and practice robust corporate governance in order to be relevant and sustainable beyond the next few years.