Is It Within The Mandate of The DSS To Investigate, Arrest Corrupt Judges? – Prof. Sagay 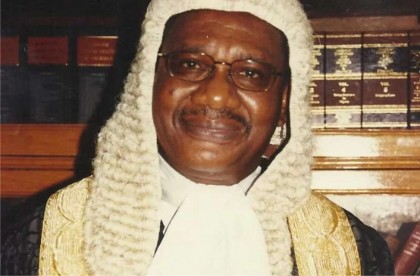 Legal luminary and Professor at law, Itse Sagay add his voice and knowledge to the discussion in Nigeria as to if the DSS has right to arrest and investigate judge.

Prof. Sagay said on corrupt judges and DSS that , “is a very puerile interpretation of the mandate of the DSS. The DSS is established to maintain internal security through intelligence operations.”

“I think it’s got to a stage where judicial corruption was beginning to threaten internal security in the sense that if you look at the case of elections, for example, taking bribes and declaring somebody, who lost an election or who did not win an election, as the winner, particularly, those who first bribed the Independent National Electoral Commission, then engaged in killing people and destroying properties in order to get there.

“If such people’s elections are upheld, that threatens internal security because the other party, knowing that the party that was declared winner did not win the election or that there was no election, and that the party got there by a combination of bloody combat and bribery of the judiciary, will also tend to resort to force of arms and then you can have a disintegration of the society.

“So when bribery gets out of hand and the consequences are becoming devastating, it can create conflict within the society and that, in my view, can result in a breach of security.”