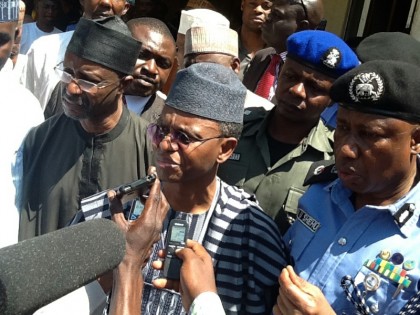 Samuel Aruwan, Kaduna: The government also stated that security agencies have been directed to vigorously uphold law and order in the state, including investigating and effecting arrests of participants in mob actions which are clearly lawless and cannot be allowed to provide cover for individuals resorting to illegal self-help.

In a statement issued in Kaduna, the government further said that security agencies will arrest and prosecute anyone or groups found taking laws into their hands.

The statement added that:
“The Government condemns in strong terms this unfortunate situation and commiserates with the affected citizens and their families, and others that lost their properties and valuables.
“The Government therefore wishes to categorically warn citizens against mob action. No one will be allowed to conduct themselves in an arbitrary manner. Impunity has no place in this state.

“There are designated agencies vested with the duty of law enforcement, and citizens cannot usurp their roles; rather it is the duty of all citizens to report infractions of the law and help to prevent or detect crime. There can be no recourse to self-help.

“Only constituted authority and security agencies have the statutory right and the constitutional mandate to enforce compliance to the law. Every resident of Kaduna State has the right to the constitutional freedoms outlined in Sections 38 and 40.”