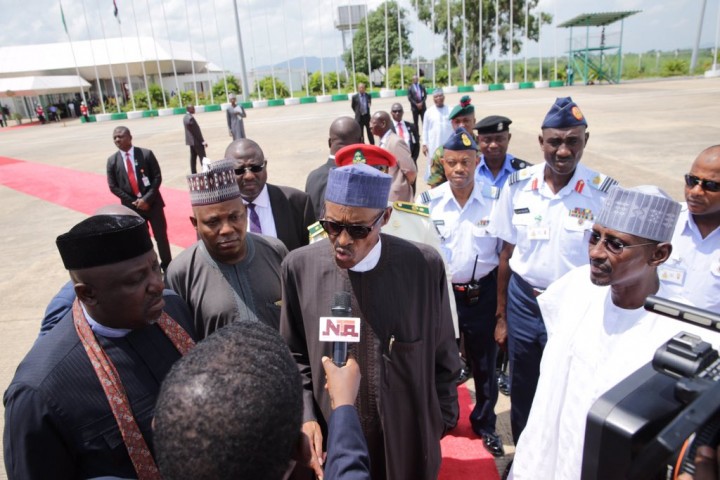 Borno state Governor, Kashim Shettima has said that if any Nigerian has doubts about the sincerity and commitment of President Muhammadu Buhari ‎to the rescue the abducted Chibok girls by Boko Haram insurgents at Government Secondary School, Chibok on April 14, 2014, and ending the Boko Haram insurgency, such doubts should be eliminated by the success of the negotiation that led to the release of 21 girls .

Governor Shettima said this while reacting to the release of 21 Chibok school girls through a negotiation which has been confirmed by the Presidency on Thursday.

Shettima’s reaction was contained in a statement issued by Malam Isa Gusau, spokesman for the Borno State Governor which was made available to the media via email on Thursday.

“‎As people of Borno State troubled by the deaths and destructions of Boko Haram insurgency, one of our major sources of strength since May 29, 2015, has been the undiluted sincerity we saw in President Muhammadu Buhari based on his administration’s absolutely genuine commitment towards recovering our schoolgirls, thousands of other women and children held in captivity as well as ending the insurgency in order to secure the lives of our citizens and make way for reconstruction, resettlement and other development programs and projects.

“thousands of other women and children held in captivity as well as ending the insurgency in order to secure the lives of our citizens and make way for reconstruction, resettlement and other development programs and projects.

“We had faith in Buhari from the very day he took off as President. The steps he kept on taking in dealing with the insurgency continuously proved his sincerity.

“If any Nigerian or members of the international community had doubts about the sincerity and commitment of President Muhammadu Buhari ‎to the rescue of our precious daughters abducted by Boko Haram insurgents at Government Secondary School, Chibok on April 14, 2014, the rescue of all other abducted Nigerians and very importantly, his sincerity in working towards ending the Boko Haram insurgency, such doubts must by now be laid to rest.” He said.

Shettima said that the achievement doesn’t mean that the rescue efforts are over, but certainly strengthens the resolve of the Buhari administration to continue to work tirelessly until all the girls and all Nigerians abducted are freed and until the Boko Haram insurgency is brought to an end to guarantee public safety.

He strongly commended the Nigerian Armed Forces and all those who worked towards the recovery of the 21 Chibok Girls and daughters of Borno State.

“On our part, the Borno State Government has long put in place a rehabilitation process that would work in partnership with the Federal Government and interested humanitarian partners to ensure proper medical evaluation,

“trauma management and other key steps for our daughters while we are very much ready to get them into the best schools of their choices like we have since done for the 56 girls who escaped abduction,

“all of whom are schooling in two International schools in the North Central and Northwest with their schools kept away from the public to ensure their privacy so as not to create publicity that could jeopardize their education” the governor added.

Governor Shettima left Abuja earlier on President Muhammadu Buhari’s aircraft as part of the Presidential delegation to Germany for discussions that would among others, focus on security and improving the welfare of internally displaced persons affected by the Boko Haram insurgency.