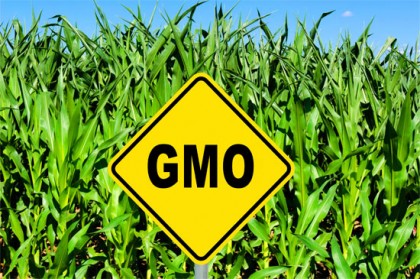 FMIC, Abuja: The Director General of the National Biosafety Management Agency (NBMA), Rufus Ebegba (Dr) has issued out a warning to super-stores operators in Nigeria asking them to withdraw all Genetically Modified (GM) products from their shelves within the next 7 days or face sanctions from the regulatory body.

He gave this warning during a meeting he had with representatives of super-stores operators in Abuja recently.

Ebegba explained that the warning became imperative because most of the superstores get their supplies from countries that have long adopted the production and sales of GMO foods.

He said, “There is a law in place, we will not want any segment of the society out of ignorance to act in manners that will infringe on the existing law, the Act establishing the NBMA empowers ‎the agency to regulate the activities of modern biotechnology and the use of Genetically Modified Organisms (GMOs).”

The meeting which is aimed at creating awareness amongst the operators on the Biosafety Regulations guiding the importation of GMO products into the country also warns that the consequences of dealing with sales of GM products after the expiration of ‎the 7 days ultimatum would be very dire as the warning is not without legal backing.

Ebegba noted that the idea that Nigerian laws are not enforced and implemented by government agencies should be completely ‎ruled out because the NBMA will not hesitate to shut down any superstore that contravenes the Act.

He therefore called on the operators to formalize their dealings by obtaining the necessary permits.