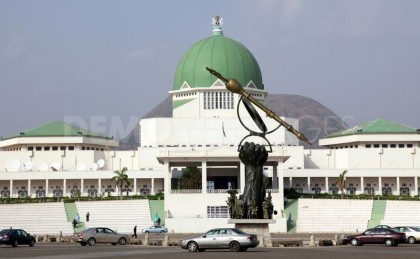 In line with the anti-corruption stance of his administration, President Muhammadu Buhari, will on Tuesday declare open a two-day seminar aimed at formulating a legislative framework for the anti-corruption fight  in the country. This was contained in a press statement by Chuks Okocha (Special Assistant to  Senate President on Print Media).

The seminar which is being organized by the Senate and House of Representatives committees on Anti-Corruption has as it’s theme: ‘The role of the legislature in the fight against corruption in Nigeria’ and the seminar is the first major event jointly organized by both chambers of the 8th National Assembly since inauguration in June 2015.

Senate President, Dr. Abubakar Bukola Saraki and Speaker of the House of Representatives, Yakubu Dogara will co-host the anti-corruption seminar.

“The seminar is aimed at making good the promise of the National Assembly that we are on the same page with the President Buhari led administration and in line with the legislative agenda,  that there is a synergy between the National Assembly and the Presidency in the fight against corruption. It is to reaffirm the point that you cannot clap with one hand. It is our way of saying that there must be a legislative strength to back the anti-corruption stance of the present administration”, Utazi said.

The keynote address of the seminar will be delivered by Prof. P. L. O. Lumumba, Director General of the Kenyan Law School who is also an international scholar on the issues of corruption.

Other topics slated for discussion at the seminar include “the Legislature as Champion of Anti-Corruption Reforms Leveraging ‎ Constitutional Mandates” under the chairmanship of former Speaker of the House of Representatives, Ghali Umar Na’Abba with the House of Representatives Leader, Femi Gbajabiamila, Senator Bala Ibn Na’allah, Eze Onyechere of the Centre for Social Justice and Adetokumbo Mumuni of the Socio-Economic Rights and Accountability Project (SERAP) as panelists.

On the second day, former Speaker of the House of Representatives, Hon. Agunwa Anaekwe will serve as  chairman of the panel discussion, titled, “Appropriation Process and Limits of Legislative Powers” while, Hon. West Idahosa,  Minister of Budget and National Planning, Senator Udoma Udo Udoma, Prof. Sam Egwu of the Political Science Department, University of Jos, Prof. Chidi Onyia and Auwal Musa Rafsanjani, a Director of CISLAC will serve as panelists.

Other topics slated for discussion include “Consensus Building in the Fight Against Corruption; Making the Arms of Government Accountable” under the chairmanship of Katsina State a Governor,  Aminu Bello Masari with Hon. Pally Iriase, Senator Ben Murray Bruce, Idayat Hassan,  Director, Centre for Democracy and Development and Hon. Ismaila Kawu as panelists. The topic slated for discussion is “the Legislature and the Civil Society; Making the Feedback Count” under the chairmanship of the Deputy Senate President, Senator Ike Ekweremadu with Prof. Etanbi Alemika of PACAC, Hon. Yusuf Ayo Tajudeen and Yemi Adamolekun of Enough is Enough (EIE) as members of the panel.

The last topic slated for discussion is titled, “Fighting Corruption at the State and Local Government Levels” under the chairmanship of the Accountant General of the Federation, Ahmad Idris, with Senator Sam Egwu, speaker of Kwara State House of Assembly, Dr. Ali Ahmad, Chairman of Independent Corrupt Practices Commission (ICPC),  Ekpo Nta, Prof. Sadiq Isah Raddah of PACAC, Mr. Debo Adeniran, Director of the Coalition Against Corrupt Leaders (CACOL) and Prof. Malachy Okwueze of the University of Nigeria Nsukka, Department of Economics.