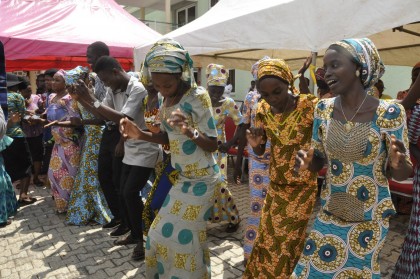 Segun Adeyemi, Abuja: The Minister of Information and Culture, Alhaji Lai Mohammed at Thanksgiving, has appealed to commentators and analysts to refrain from making statements that can jeopardize the release of the Chibok girls who are still in captivity.

The Minister made the appeal on Sunday in Abuja at a special thanksgiving Church Service and reunion of the 21 girls with their families.

“They are many reckless analysts and commentators who are not helping the situation. We still have many of our children in captivity. Therefore we have to be careful with the kind of comments that we make. We must not make comments that will make the release of these girls difficult or impossible,” he said. 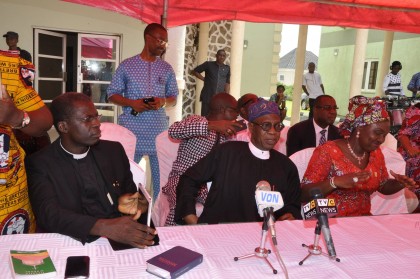 Alhaji Mohammed, who quoted from the Scriptures (Those who are with us are more than those who are with them), said those who doubted the sincerity and commitment of the present administration to the safe release and the reunion of the abducted Chibok girls with their parents were disappointed.

“When the President said that the Boko Haram saga will not be closed until all the girls abducted have been released and reunited with their families safely, those who doubted did not believe us so we thank God this day has come,” he said.

Alhaji Mohammed appealed to the parents of the girls who are yet to be freed to continue to exercise patience, saying “This is the beginning and we are very optimistic that very soon another batch bigger than this will be released. I want to assure you that these negotiations are ongoing even as we speak.”

The Chairman of the Parents of the Abducted Chibok School Girls, Yakubu Nkeki, re-echoed the Minister’s plea by appealing to the people to stop spreading rumours, particularly on the Social Media, that will put the lives of the girls at risk.

He debunked some reports alleging that 18 of the 21 free girls are pregnant even as he denied that the girls were radicalized by Boko Haram.

Mr. Nkeki thanked President Buhari for summoning the courage and the political will that eventually led to the release of the abducted girls.

In her testimony, the spokesperson of the released girls, Miss Gloria Dame, who recalled their ordeal in captivity, thanked God and all those who made their safe release and reunion with their families possible.

Miss Dame, who spoke in Hausa, prayed that God will ensure the safe release of the other girls still in captivity.

“We never thought we will ever see this moment but God has made it possible for us. I want to appeal to all of us to fast and pray for the safe release of those left behind,” she said. 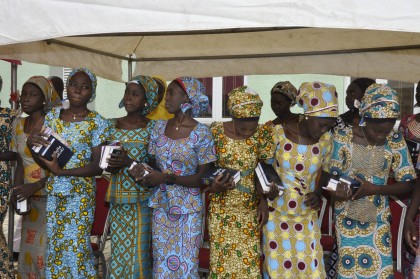 The high-point of the occasion was the reunion between the parents and their daughters. Tears flowed freely as parents took turns to identify their daughters, while one woman simply carried her daughter on her back in happiness.

The ceremony ended with an identification parade, as each of the freed girls identified her parents who in turn made brief comments, with many of them praising President Muhammadu Buhari for ensuring the safe release of the girls.