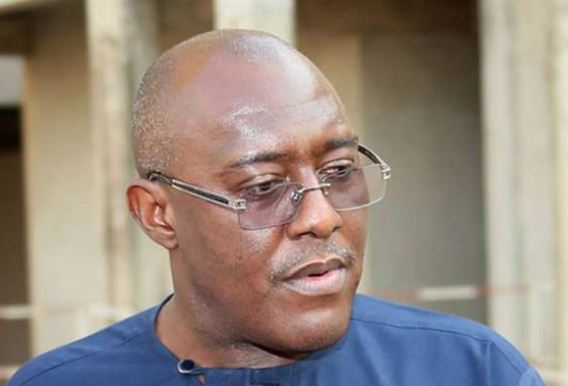 The embattled National spokesperson of the Peoples Democratic Party, PDP, Olisa Metuh, on Monday, October 17, 2016, prayed Justice Okon Abang of the Federal High Court, Abuja to allow the Deputy Senate President, Ike Ekweremadu, to stand surety for him over the seven-count charge brought against him by the Economic and Financial Crimes Commission, EFCC, before who is facing trial over alleged N400 million fraud.

Metuh, his company, Destra Investment Limited is facing a 7-count charge over alleged N400million fraud received from the Office of the National Security Adviser, ONSA, by the erstwhile NSA, Col. Sambo Dasuki, retd, which‎ ‎was part of about $2.1billion earmarked for the purchase of arms to fight insurgency in the North East.

The money was allegedly received by the defendant prior to the 2015 presidential election without executing any contract.

At the resumed sitting, Metuh, through his lawyer, Onyechi Ikpeazu, SAN, informed the court of his intention to use Ekweremadu as one of his sureties. He made the application same day his former surety, Olugbumi Usim-Wilson, applied to withdraw his services.

Usim-Wilson had in a motion dated October 4, 2016 prayed the court to remove her name as Metuh’s surety and discharge her from further participation in the matter. No reason was given for her decision.

By this, Metuh’s lawyer, Ikpeazu, pleaded the court to hear his own motion first, noting that hearing Usim-Wilson’s motion to withdraw as a surety in the matter first could warrant a revocation of the bail the court earlier granted his client. He said the development could lead to Metuh being returned to prison custody.

Read Also: Armsgate: How I Acquired Properties For Badeh In Choice Areas – Witness

Justice Abang granted Ikpeazu’s application holding that, Metuh had been consistent to court.

The matter was thereafter adjourned to October 27, 2016 for hearing of both motions.