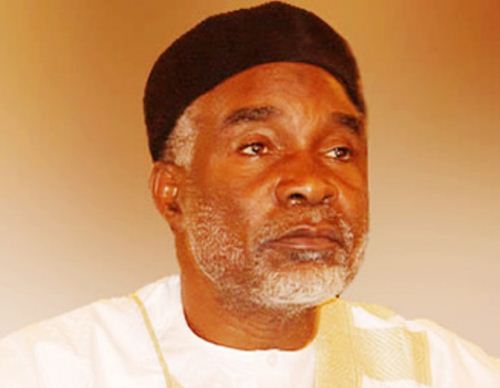 The Economic and Financial Crimes Commission, EFCC, on Monday, October 17, 2016 re-arraigned a former Governor of Adamawa State, Murtala Nyako, his son, Senator Abdulaziz Nyako, and two others before Justice Okon Abang of the Federal High Court in Abuja for allegedly laundering state fund to the tune N40billion.

Others are: Zulkifik Abba and Abubakar Aliyu, who were joined as 3rd and 4th defendants, while the firms allegedly used in laundering the funds – Blue Opal Limited, Sebore Farms & Extension Limited, Pagoda Fortunes Limited, Tower Assets Management Limited and Crust Energy Limited were also joined as 5th to the 9th defendants respectively.

Nyako and his co-accused were arraigned on a 37-count of money laundering allegedly perpetrated while Nyako was the governor of Adamawa State.

They were initially arraigned on August 7, 2015 and the case had gone into to trial before Justice Chukwu died in June 2016.

The case was subsequently re-assigned to Justice Abang before whom the accused persons pleaded not guilty again.

Justice Abang admitted the defendants to bail on the same terms and conditions earlier given by Justice Chukwu.

The court subsequently fixed November 17 and 21 for trial to begin afresh.

Nyako, in connivance with other accused, allegedly diverted funds from the Adamawa State treasury between January 2011 and December 2014 during his tenure as governor.