The Nigeria Football Federation has commiserated with the family of Shooting Stars Sports Club of Ibadan defender Izu Joseph, who was killed on Sunday, reportedly by a stray bullet from a member of the Joint Task Force. 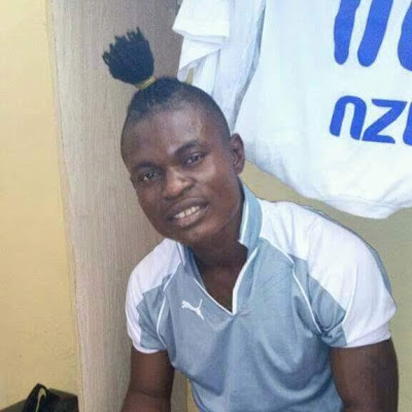 NFF President Amaju Pinnick was much grieved when he learnt of the incident, and immediately put a telephone call through to the father of the late footballer, who agonizingly narrated the tragic circumstances in which the young Joseph was killed.

Pinnick said afterward; “I am sorely distraught with what has happened. It is a most unfortunate incident that has brought sorrow to the Nigeria football family, barely a week after we were celebrating victory in a World Cup qualifying match.

“What has happened is most painful. I want to appeal to our football players to always be mindful of the company they keep and the places they go at all times because they are special assets. At the end of the day, each and everyone of us will die, but we don’t want to be losing football players in the manner in which Izu Joseph has died.”

The NFF boss prayed for the repose of the soul of the late Izu Joseph, while also praying that God will give the family he has left behind, the Shooting Stars Sports Club and the Nigeria football family the fortitude to bear the loss.