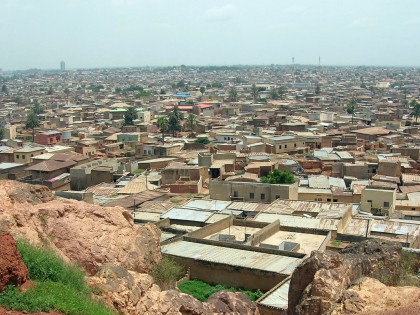 Salihu Tanko Yakasai, Kano: Kano state governor, Dr. Abdullahi Umar Ganduje has appealed to people in the state to give more priority to personal and domestic hygiene to prevent illnesses, epidemics, and deformity.

He made the remark during an occasion to mark the Global Handwashing Day, which coincided with the flag off of the fourth round of National Immunization Exercise, at the palace of the district of the head of Rano, headquarters Rano local government area.

Global Handwashing Day (GHD) is a global advocacy day dedicated to increasing awareness and understanding about the importance hygiene in handwashing with soap as an effective and affordable way to prevent diseases and save lives.

The campaign was initiated to reduce childhood mortality rates related respiratory and diarrheal diseases by introducing simple hygiene behavioral changes – hand washing with soap. Public health experts say this simple, accessible action can reduce the rate of mortality from these diseases by almost 50 per cent.

Governor Ganduje explained washing of hand with soap before and after taking meals as well as before and after using the toilet is an essential part of Islamic etiquette, which if practiced by the people, would save lives.

He maintained that “germs are the primary inhabitants of unhygienic places and they are the ones that cause fatal infectious diseases such as Malaria, and Polio, therefore good personal hygiene and environmental sanitation are the best ways to make the society healthy”.

Reflecting on the immunization exercise, Governor Ganduje said that the routine exercise is planned to achieve 100 percent coverage of anticipated kids between 0 – 5 years, within four days.

The governor noted that for two and half years, there was no single case of Polio recorded in the state, stressing that the measures taken to achieve that result have been intensified owing to the detection of fresh cases of the disease in Borno state.

“We have to continue working very hard so that Polio is completely eradicated in the state and by extension in Nigeria,” the governor stressed, commending traditional rulers in the state for working hand in hand with health workers towards ensuring that all eligible children are immunized.

In her remarks, UNICEF Chief Field Officer, Katsina/Kano Field Office, Mrs. Padmavathi Yedlacharged parents to inculcate the routine of hand washing in their children as hygienic protection, lamenting that millions of people die annually due to their hygiene lifestyles.

On Polio immunization, Mrs. Yelda noted that Kano state is truly committed to Polio eradication, urging the state government not to relent in the anti-polio war.

On his part, the state Commissioner of Health, Dr. Kabiru I. Getso explained that enough vaccines have been procured for the exercise, disclosing that the state government is presently renovating and upgrading primary health centers and hospitals in the state, to expand access to quality health care services.