inno.korieOctober 19, 2016 3:33 pm 0
The presidency has sent out a condolence message to the Catholic Church in Nigeria on the passing away of one of her priest, Rev Fr Wilfred Ojukwu, whose death occurred on Saturday 15th October 2015.  Rev Fr Ojukwu until his death was the parish priest of Holy Cross Catholic Parish, Gwarimpa Abuja.
In a statement released to the press by Special Adviser to the President on Media and Publicity, Femi Adesina, the president said, “Rev Fr Ojukwu will be remembered for his patriotism, religious tolerance, love for humanity and respect for constituted authority” 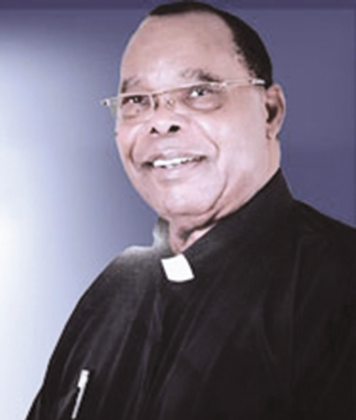 The president’s condolence message reads;
“President Muhammadu Buhari commiserates with the entire Catholic family in Nigeria, particularly those in Abuja, over the passing away of Rev. Fr. Willie Ojukwu.
President Buhari sends condolences to the family, friends, parishioners and close associates of the late priest who slept in the Lord on Sunday in Abeokuta, Ogun State.
The President believes the late clergyman was a humble and dedicated servant of the Lord, who spent his time on earth serving humanity, especially in helping the poor and needy.
President Buhari commends the contributions of the late priest to the growth of the Catholic Church in Nigeria, and his tireless efforts in promoting peace, love and unity in all his engagements across the country.
The President affirms that Rev. Fr. Ojukwu will be remembered for his patriotism, religious tolerance, love for humanity and respect for constituted authority.
He prays that the almighty God will grant the priest eternal rest, and comfort all members of the church and his family.”
Father O, as he was fondly called by his admirers and parishioners will be mostly remembered for his philanthropic project, The Marian Soup Kitchen, which was set up to cater for the hungry in our society irrespective of religious affiliation.
The Soup Kitchen, located on the outskirts of Gwagwalada-Kuje Road,  FCT, was designed to feed at least 1,000 indigent Nigerians daily and 2,000 prisoners weekly.