Death Of Dele Giwa: Journalists Call For Re-Visiting Of Investigation Into Case 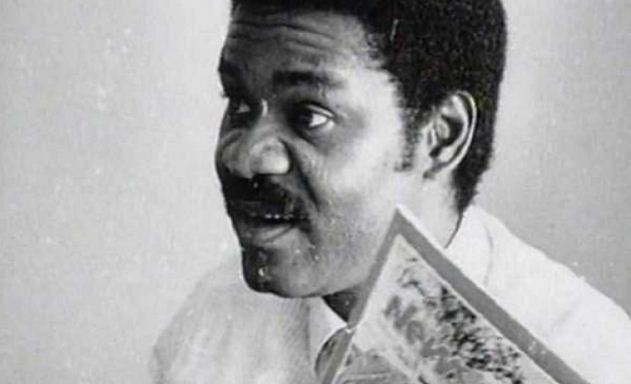 Thirty years after the brutal murder of Nigerian Journalist, Editor and founder of Newswatch Magazine, Dele Giwa, men of the pen Profession are calling for a revisit of the investigation into his death.

This was at a colloquium in honour of the slain Journalist  organized by the Nigerian Union of Journalists in Lagos.

The Lagos chapter of the NUJ and the Dele Giwa Foundation both lamented that after 30 years of Giwa’s murder, his killers are yet to be found and brought to face the wrath of the law.

The Chairman of the occasion, Hon. Sani Zorro, who is the Chairman of Internally Displaced Persons in the House of Representatives, stated that journalism is like a battlefront irrespective of the beat.

“This is an appropriate opportunity to call for the declassification of official records and investigation of the death of Dele Giwa.” He said.

He also called for the same attention given to Giwa’s death to be stretched to Chief Moshood Abiola case. He added that both men contributed significantly to the nation.

In his remark, the Chairman of the Nigerian Union of Journalists, Lagos State Chapter, Deji Elumoye, stated that it is unfortunate that journalists have now become endangered species in the course of carrying out their functions.

Elumoye regretted that after 30 years of the death of Giwa, the police are still yet to bring the perpetrators of the killing to book.

Also in the same vein, Chairman of the Dele Giwa foundation, Richard Akinnola, urged the Federal Government to reopen investigations into the case of the slain journalist, he added that this would serve as deterrent for those who think that they are above the law.

Human Rights Lawyer Femi Falana lamented the rate at which bloggers and other media personnel have been arrested by government.

“Notwithstanding the claim of the government that press freedom is respected in Nigeria, the harassment of journalists has not ceased.” He said.

Dele Giwa was killed by a mail bomb in his Lagos home on 19 October 1986. Accounts say a mail package was delivered to Giwa’s guard on that day.

When Giwa received the package, he was with Kayode Soyinka (London Bureau Chief of Newswatch).

The package exploded, mortally wounded Giwa and temporarily deafening Soyinka, who had excused himself to the rest room shortly before Giwa was supposed to have attempted opening the package.

Giwa was rushed to the hospital where he eventually died from his wounds.