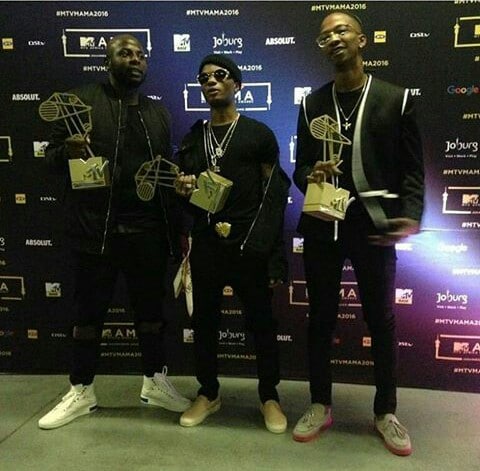 South Africa topped the list of the countries with most number of awards with six awards from different South African artists.

The MTV Africa Music Awards (also known as the MAMAs) were established in 2008 by MTV Networks Africa (now Viacom International Media Networks Africa) to celebrate the most popular contemporary music in Africa.

The MTV Africa Music Awards was conceived and created by the SVP and MD of the MTV Networks in Africa, Alex Okosi.

The first awards show was held at the Velodrome, Abuja in Nigeria on 22 November 2008 and was broadcast around the world on November 29 in conjunction with Airtel and local television channels in Africa.

The show was hosted by Trevor Nelson.

The awards were preceded by four concerts celebrating the musicians nominated for the awards.

There were concerts featuring international and local nominees, which took place in Johannesburg, South Africa on November 5, Nairobi, Kenya on November 9, the Democratic Republic of the Congo on November 13 and Lagos, Nigeria on November 15, 2008.

ARTIST OF THE YEAR
Wizkid (Nigeria)

SONG OF THE YEAR in partnership with Google
Patoranking ft Wande Coal – “My Woman, My Everything (Nigeria)