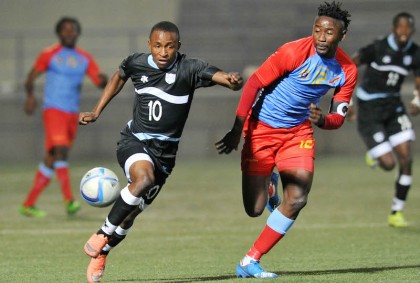 NAN, Abuja; Footballers are at a risk of developing memory reduction of up to 67 per cent as a result of heading the football a study by the University of Stirling has shown.

The study showed that brain function and memory of a player is significantly affected for as long as 24 hours after heading the football, according to a study by the BBC.

Researchers said they had identified “small but significant changes in brain function” after players headed the ball 20 times.

Memory performance was reduced by between 41% and 67% following the routine heading practice, with the effects wearing off after 24 hours.

The University of Stirling study was published in EBioMedicine.

It is the first to detect direct changes in the brain after players were exposed to everyday head impacts, as opposed to clinical brain injuries like concussion.

According to the study, researchers fired footballs from a machine designed to simulate the pace and power of a corner kick and asked a group of football players to head a ball 20 times.

The players’ brain function and memory were tested before and after the exercise.

The university said it was yet to investigate whether the changes to the brain were temporary after repeated games of football or if there were long-term consequences on brain health.

Dr Magdalena Ietswaart, a cognitive neuroscientist at the University of Stirling, said the research was prompted by “growing concern” about links between brain injury in sport and the increased risk of dementia.

“Using a drill most amateur and professional teams would be familiar with, we found there was in fact increased inhibition in the brain immediately after heading and that performance on memory tests was reduced significantly.

“Although the changes were temporary, we believe they are significant to brain health, particularly if they happen over and over again as they do in football heading.

“With large numbers of people around the world participating in this sport, it is important that they are aware of what is happening inside the brain and the lasting effect this may have.”

Former Scottish Football Association chief executive Gordon Smith urged that a ban should be put in place to prevent youngsters from heading the football.

“I do consider that it should be looked at for young players below a certain age. In football, for youngsters these days the ball is often in the air because they play smaller-sided games.

“We should try and discourage it from certain age groups in order to make sue there isn’t any later effects on little kids.”

But he added that if he had his time again, he would still play in the same way many footballers played:

“I think if I was given the choice to play again with the scenario that you were heading the ball and it could do some sort of damage, I would still agree to play.

“That was what I wanted to do more than anything in my life.”