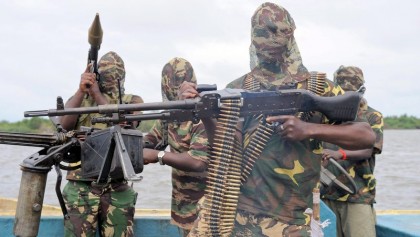 Ahead of the proposed negotiations between the Niger Delta Leaders and the Federal Government which have been scheduled for October 31, the strike team 06 of the Niger Delta Avengers, NDA today at about 3:45am bombed the Chevron Escravos Export pipeline at Escravos Offshore in Warri South-West Local Government Area of Delta State.

The militant group in a tweet by its spokesperson, self-styled Brig Gen Mudoch Agbinibo, confirming its involvement, said: “At about 3:45am, our strike team 06 took down Chevron Escravos export pipeline at Escravos offshore.” Brig. Gen. Mudoch Agbinibo warned that the bombing of the pipeline is to reaffirm their warnings to the Federal Government not to negotiate with leaders of the Niger Delta region.

The claim could not be immediately verified.