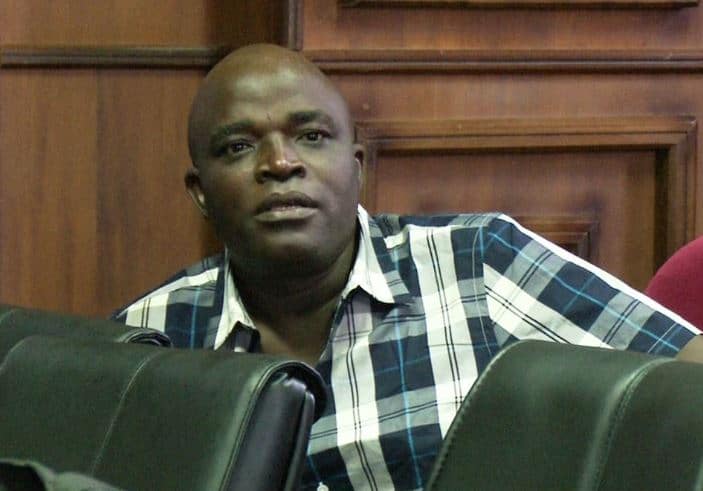 Witness: How Fayose’s Aide, Supervised The Disbursement of N4.7bn

The trial of Abiodun Agbele, aide and confidant of Ekiti State Governor, Ayodele Fayose, got underway Thursday in Abuja with the first prosecution witness.

The witness provided a blow by blow account of how the accused supervised the disbursement of a sum of N1, 219, 490,000 part of the N4.7billion that was transferred from the imprest account of the Office of the National Security Adviser to the bank account of Sylvan McNamara, a company allegedly owned by the sons of a former Minister of State for Defence, Senator Musiliu Obanikoro.

Agbele is facing an 11-count charge of fraud before Justice Nnamdi Dimgba of the Federal High Court sitting in Maitama, Abuja allegedly diverting N1.2billion from the office of the former National Security Adviser, Sambo Dasuki.

At the commencement of the trial today Alade Oluseye Sunday, a manager and Branch Head of the Zenith Bank, narrated how over N1.2 billion was disbursed on the instruction of Agbele.

“On that day, my zonal head, Abiodun Oshode, informed me that he received a message from Lawrence Akande, the Zonal Head of Oyo State Branch of Zenith Bank that a customer will be coming to the bank from the airport with cash. He said that I should arrange for our bullion van to be taken to the airport to convey the cash when it arrives.

“Oshode walked to me that the customer is in the bank and I followed him to his office where he introduced Mr. Abiodun Agbele to me as the customer.

“Agbele told me that they had security details and that I should not bother about policemen since they had enough. That was how I, my Zonal Head, the bullion van driver, Agbele and his team drove to the airport.

“When we got to the airport, we waited for some minutes before the aircraft arrived. When the aircraft offloaded its passengers, one of them appeared to me to be Senator Musliu Obanikoro and the other one appeared to be his ADC, Adewale.

“Agbele walked up to them and had a discussion with them. Thereafter, he signaled me to bring the van. Bags loaded with cash were evacuated into the van and Obanikoro’s ADC, I and Agbele drove back to the bank.

“When we got to the bank, we ‘bundle counted’ the cash and it was N724,500,000. Agbele told us that more money was still coming and then, Obanikoro’s ADC left for the airport immediately.

“In the evening, all of us left for the airport a second time. After the passengers disembarked, we offloaded the cash bags into our bullion van and drove back to the bank to ascertain how much the cash was. The second tranche was N494,990,000, bringing the total about N1.219, 490,000

“We headed straight to our zonal head office where instructions were given by Agbele on how the funds were to be credited to various accounts.

“However, because of the amount involved, we needed to ‘detail count’ before crediting the accounts the next day. All these are recorded in the statements I volunteered to the EFCC.” Sunday narrated.

Thereafter, the prosecuting counsel gave the PW1 the four statements he volunteered to the EFCC which he (PW1) identified. Three of the

Three of the statemnets were made on June 2, 2016 while the other one was made on July 4, 2016. They were all tendered and admitted as exhibit AA1A, AA1B, AA1C and AA1D respectively.

Thereafter, Justice Dimgba adjourned to November 14 and 17, 2016 for further hearing.