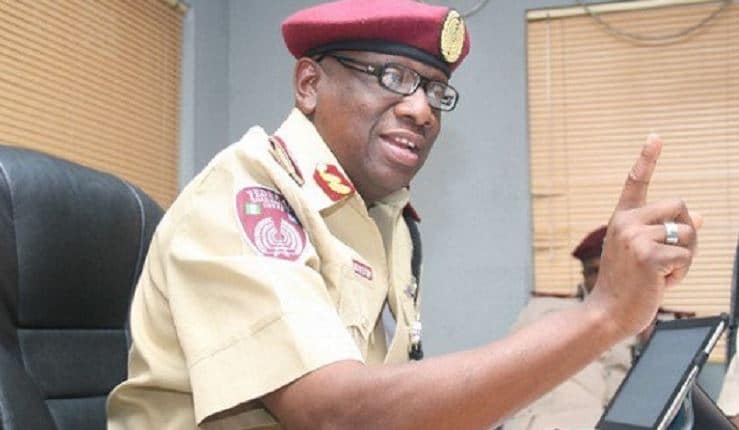 The Corps Marshal of the Federal Road Safety Corps, Boboye Oyeyemi, has decried the killing of three Marshals and injuring a Policeman and a staff of the Nigerian Security and Civil Defence Corps while on patrol activities at a mobile court sitting at Tsafe, Zamfara state, by a driver of an unregistered Golf vehicle.

According to a press release signed by Bisi Kazeem, Head, Media Relations and Strategy, FRSC, Oyeyemi directed that full weight of law must be applied against the driver for the dastard killings‎.

‎Giving a vivid account of the incident, Kazeem said while carrying out their lawful duties at a mobile court located at Talata Mafara, four FRSC staff, one Policeman, one personnel from the Nigerian Security and Civil Defence Corps were hit by the Golf driver, killing three FRSC Marshals and injuring one.

Meanwhile, the driver has since been arrested and handed over to the Police for further investigations and further necessary action.

It would be recalled that no fewer than 35 regular Marshals of the Corps have been killed by motorists on highways across the country in the past one year while on official duties, with seven of them from Niger State.

In one of the incidents in Minna, an FRSC staff was knocked down by a driver while trying to clear obstructions on the highway and has gone through two operations and might lose his manhood as a result of injuries sustained during the car crash.