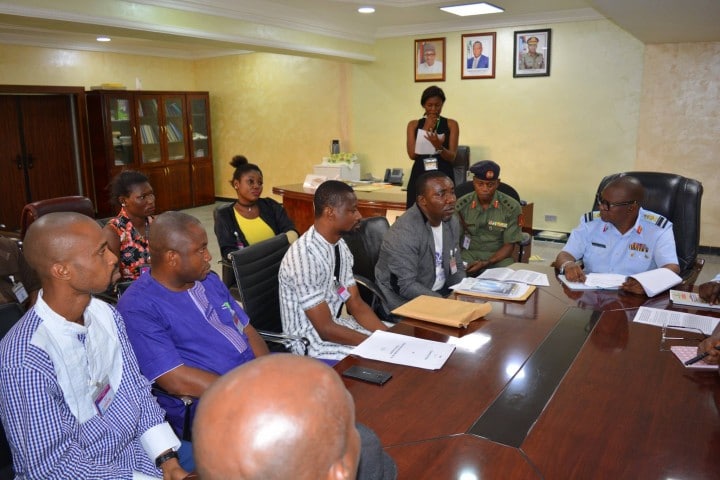 The Coalition of Niger Delta youth leaders have appealed to youths in the region to embrace peace and accord the Federal Government needed support for the development of the area.

The leader of the Coalition Emeni Ibe said this when the group visited the Chief of Defence Staff General Gabriel Olonisakin in Abuja. The appeal was contained in the speech by the Leader of the Youth Coalition.

Comrade Ibe said that the Niger Delta Youth Leaders were in Defence Headquarters to add their voice to many other patriotic citizens of our great nation who were commending the military for subduing terrorism and other vices across the nation.

The Team Leader called on co-Niger Delta youth comrades to shield their swords and embrace dialogue with the government to bring lasting peace and development to the Niger Delta Region. He maintained that there can never be any development in the absence of peace. 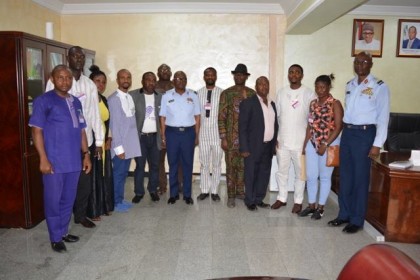 He pledged unflinching support to the amnesty programme of the federal government which has trained and empowered agitators who embrace peace.

He urged Niger Delta youths to embrace dialogue with the Government to bring lasting peace to the area.

The Chief of Defence Staff, General Gabriel Olonisakin, represented by the Chief of Policy and Plans Defence Headquarters Air Vice Marshal Bashir Saidu said the nation requires peace and unity to attract foreign investors and appealed youth leaders to support government efforts in the quest to develop the region.