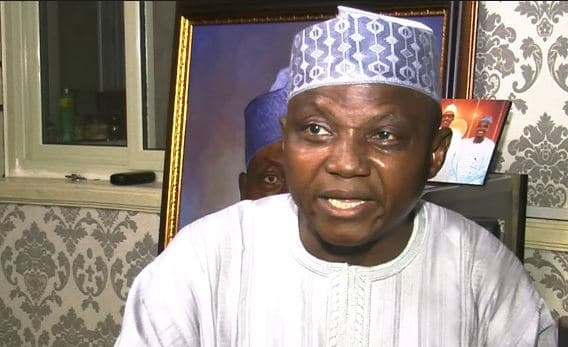 The Presidency has advised journalists and other Nigerians to stop linking President Muhammadu Buhari to the legal travails of some recently arrested Judges in the country.

The Senior Special Assistant to the President on Media and Publicity, Malam Garba Shehu, said President Muhammadu Buhari would be the last person to authorise anybody to induce a Judge to pervert the course of justice.

Malam Shehu recalled that, despite his personal familiarity with some court Judges, the President had never used that familiarity to seek favours from them from 2003, 2007 and 2011 when he was challenging the fairness of the presidential election results, from the lowest to the highest courts in the land during the periods in question.

The Senior Special Assistant also explained that, as a politician, Buhari had never once ever suggested to his lawyers to approach any Judge for assistance to win his cases. He said the President lives by this principle and has never deviated from it.

On the fate of the Judges facing corruption allegations, the Presidential Media Aide said the President doesn’t tell Courts how to do their jobs and that anybody accused of corruption is protected by law to defend their innocence.

He explained that the purpose of the law is to punish the guilty and acquit the innocent, noting that the law projects the rights everyone.

Malam Garba Shehu said the President doesn’t have any powers to force any court to convict anybody who is innocent, arguing that in a democratic society, that cannot happen without resistance by the people.

ALSO READ: The Role Of The Judiciary In The Fight Against Corruption

Earlier in October, Department of State Service (DSS) arrested and raided homes of some Judges in the continues fight against corruption in Nigeria.

The operation attracted heated debate and mixed reactions across the country from different orgnasiations and institutions.

The judges were alleged to have in their possession cash monies related to issues of bribery and corruption.