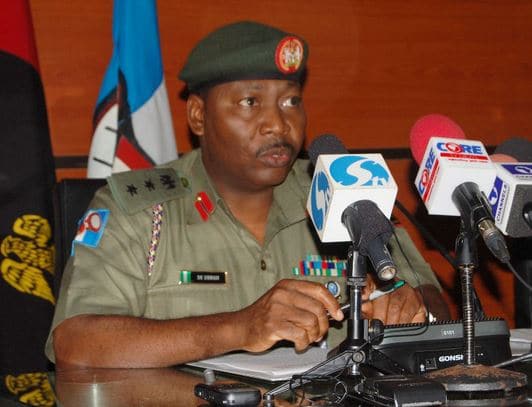 Boko haram terrorists attacked Troops of the Operation LAFIYA DOLE in an Ambush in Ugundiri village in Borno state.

The bodies of the late soldiers and civilians have been evacuated to Maiduguri while the injured are receiving commensurate medical care and are in stable condition.

Please recall that another set of troops had earlier cleared Zira, Abulam, Dusula, and Buk villages before returning to base in Bulabulin.

In a related development, based on information received about gathering of some suspected Boko Haram terrorists around Bori village, which is 16 kilometres away from Mainok, outskirts of Maiduguri, troops swung into action and neutralized them.