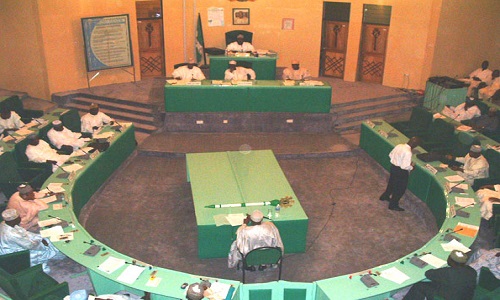 15 Years For Rapists, Life Imprisonment For Kidnappers In Kano

The Kano State House of Assembly has passed into law, a bill seeking for life imprisonment for kidnappers and 15 years sentence for rapists in the state.

Hon. Yussuf Attah, the Majority Leader of the Assembly, who read the Kidnapping, Abduction and Forced Labour Amendment Bill 2016 before the Assembly said the committee of the whole Assembly passed the bill after considering the amendment.

“The law has been in existence since 1963, but did not provide serious punishment for kidnappers, therefore, we have to amend it to suit the current situation,” said Attah.

After the passage of the bill, the Chairman House Committee on Information, Salisu Riruwe, hailed the amendment as a welcome development.

“With the passage of this anti-kidnapping law, we are hoping that the rampant cases of kidnapping and abduction in some areas of the state will come to an end,” Mr Riruwe said.