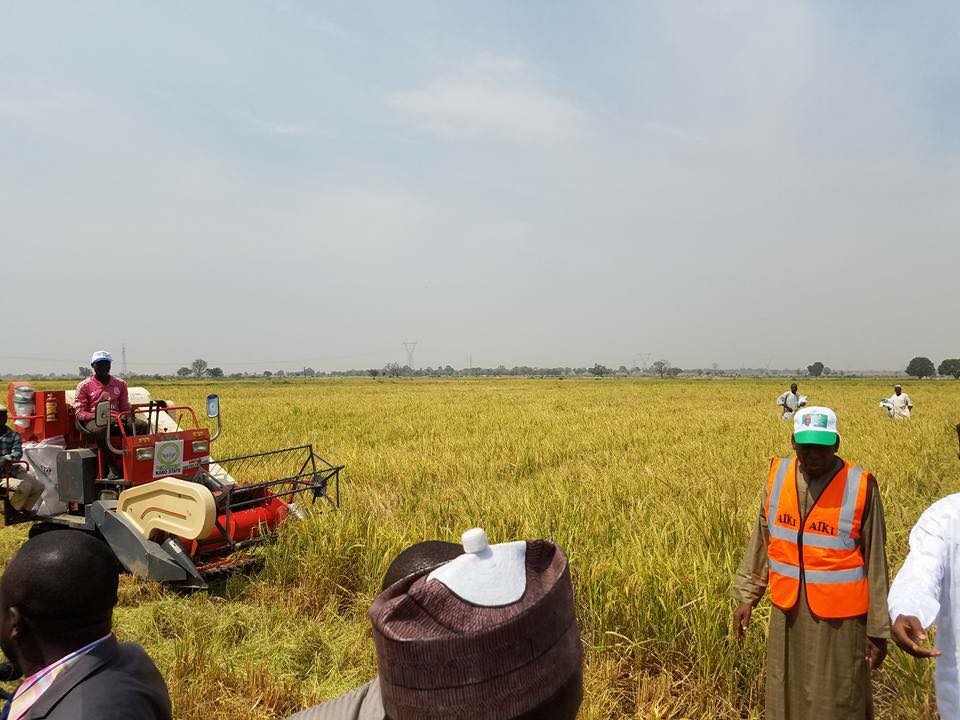 1.2m Tons of Rice Estimated For Harvest In Kano This Year

If the target is achieved, the state would provide one-sixth of the country’s rice demand.

Researchers posit that Nigerians normally eat around 6m tonnes of rice a year, importing almost half the amount to bridge its supply deficit.

Governor Ganduje said he decided to personally flag off the harvest programme because of the commitment of his administration to agriculture, in line with the agricultural development agenda of President Muhammadu Buhari.

Dr. Ganduje, who spoke during the launch of this year’s rice harvest programme at Samawa and Kadawa in Garun Mallam local government, said that “with the administration’s political will and commitment of the farmers, it is envisioned that the state would produce 2 million tons of rice next year.”

“Kano has the potential to feed itself and contribute significantly to meeting the nation’s rice requirement. That is why our farmers must take advantage of the ban on importation of rice to boost production locally”, Ganduje stated.

The ban, he maintained, has motivated and opened new opportunities for local farmers to diversify from subsistence farming to commercial agriculture, emphasising that the diversification is yielding positive result across the country as many Nigerians have now abandoned imported rice for the local varieties.

The governor, therefore, has appealed to President Muhammad Buhari not lift the ban on rice and wheat to the country, stressing that local farmers are ready and committed to feeding the nation.

He restated commitment to continue to assist farmers with farm inputs and other facilities, noting that over 10 thousand rice farmers benefitted from the state government /CBN Anchor-Borrower programme, which gave out revolving interest-free loans to farmers in the state. 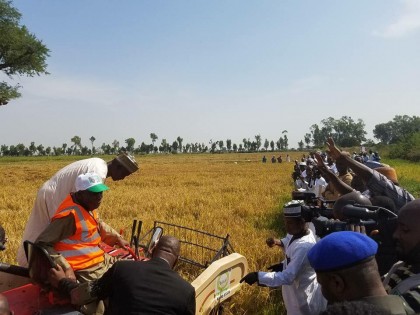 The Chairman of the Rice and Wheat farmers Association of Nigeria, Alhaji Salim Ahmed, thanked the state government for assisting rice farmers with loans to procure seedlings as well as the provision of combined harvesters.