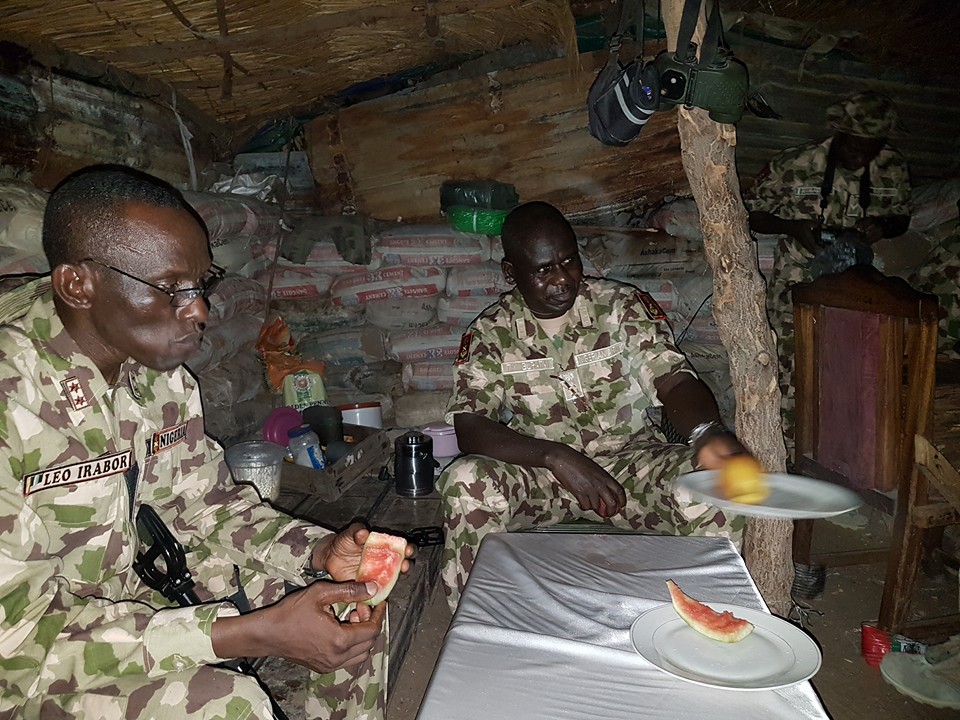 RE: Buratai Exploits Us, Steals Our Money and Throw Us Away – Nigerian Soldiers

The attention of the Nigerian Army has been drawn to a deliberate and calculated attempt to drag the name of the Nigerian Army and indeed the Chief of Army Staff, Lieutenant General Tukur Yusufu Buratai into disrepute through a fabricated news story based on an imaginary complaint by a fictitious soldier of the Nigerian Army on an online news medium, naij.com, titled “Buratai exploits us, steals our money and throw us away-Nigerian soldiers.”

Their allegations were so generalized without any specifics. Because it was a deliberate hatchet man’s job, they failed to state basic information about when, where and how the fictitious soldier was shortchanged and the steps taken before going to the press.

Over time, the medium was fond of such publications without giving the Nigerian Army the benefit of doubt.

In the write up, the medium made all manner of absurd allegations using most uncivilized language. This is wrong and unethical and goes contrary to all known ethics of the journalism profession.

It is imperative to unequivocally state that all the contents of that news piece were far from the truth. The Nigerian Army and the Chief of Army Staff take pride in the comfort and general well being of troops wherever they might be. It is therefore very wicked and unimaginable for anyone to allege otherwise. The Chief of Army Staff since assumption of command on 15th July 2015 has made probity and accountability his hallmark and has left no one in doubt on transparency and accountability and would not tolerate anyone doing otherwise.

In their efforts to smear the Nigerian Army and Lieutenant General Buratai, they failed to take into account that the Nigerian Army does not have hand in the release of funds for payment of allowances and remunerations of troops on Peacekeeping Operations, and as such, the situation they were talking about does not even arise.

Therefore, Nigerian Army troops on various peacekeeping and other operations have to the best of our knowledge been paid up to date as released by Ministry of Defence through the Defence Headquarters.

We want to assure the general public that the Nigerian Army will remain focused and never to be distracted from it’s noble cause of defending and securing the country from all forms of criminality.