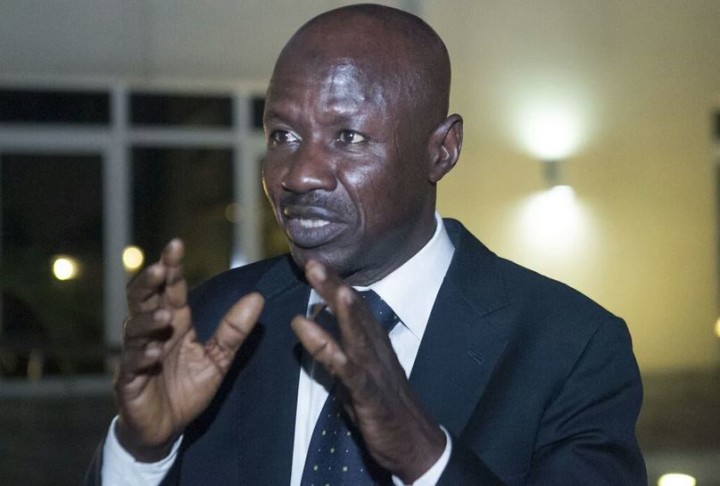 In the said audio recording, a voice purporting to be Akpabio could beheard dropping the names of some security chiefs including the acting Chairman of the Commission, Ibrahim Magu and boasting about the supposed EFCC boss’ willingness to help deal with his purported political adversaries in Akwa Ibom state, especially a certain Robinson Uwak.

The Commission wishes to state that the claims in this tape especially as it affects Mr. Magu are patently false. The EFCC boss has never met Ibanga Akpabio all his life and could not have been party to any violent scheme to settle unknown political scores in Akwa Ibom State. Indeed, if Magu were Akpabio’s Man-Friday as he would have his ‘friend’ believe, he would not today be a suspect answering to charges of fraud before the Commission.

Members of the public are therefore enjoined to disregard the recorded conversation as plain braggadocio.