Addis Ababa, Ethiopia:  The Chairperson of the African Union Commission (AUC) has expressed her deep sadness following the untimely death of Major-General Dr. Julius Facki Oketta, former Head of Mission to the African Union Support to Ebola Outbreak in West Africa (ASEOWA).  The death occurred in Kampala, Uganda, on Saturday, 5 November 2016, following a heart-attack. He died at the age of 60. 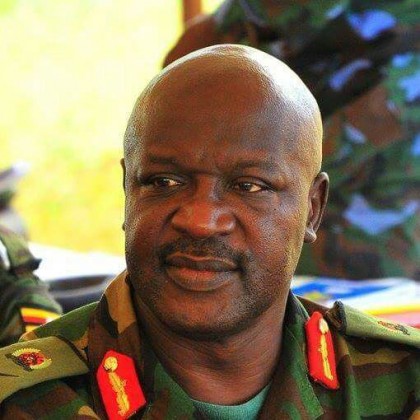 The AU Commission Chairperson has sent her deepest condolences to the bereaved family, as well as to the Government and People of the Republic of Uganda.

In her condolence message the Chairperson remarked that “Major-General Dr. Julius Oketta was a champion in the fight against Ebola Virus Disease when it struck Guinea, Sierra Leone and Liberia in 2014. He headed the ASEOWA mission with the 855 civilian and military Health Volunteers who soldiered the fight against Ebola. As a disciplined soldier, he led the successful defeat of Ebola, without us losing a single soldier.”

Dr. Dlamini Zuma said Africa remains truly indebted to Gen. Oketta, and was pleased that the AU had an opportunity while closing the ASEOWA mission on the margin of the AU Summit in January 2016, to recognise his leadership, and appreciate his dedicated, committed and selfless services to the continent and to humanity.

On 11 February 2015, President Ellen Johnson Sirleaf of Liberia had also recognised his contribution to the fight against Ebola and awarded him the Decoration of “Distinguished Service Order” (DSO) during the 58th Armed Forces Day Celebration in Liberia.

Major General Julius Oketta led the Regional Reserve Forces Command when the Uganda People’s Defence Force helped in combating the Ebola epidemic in Northern Uganda. He was the Director of the National Emergency Coordination and Operations Center (NECOC) in the Office of the Prime Minister of Uganda and had been seconded to the African Union-led  humanitarian mission. He held a Doctor of Philosophy in Business Administration and attended Senior Command and Staff College (SCSC).

Dr. Oketta was a Member of the Parliament of Uganda and served as a Member of the Advisory Board of the UN Central Emergency Response Fund (UN CERF) and also as the Chief of Logistics and Engineering for the Ugandan Army. He had many years of experience in the field of civil  and military humanitarian response.