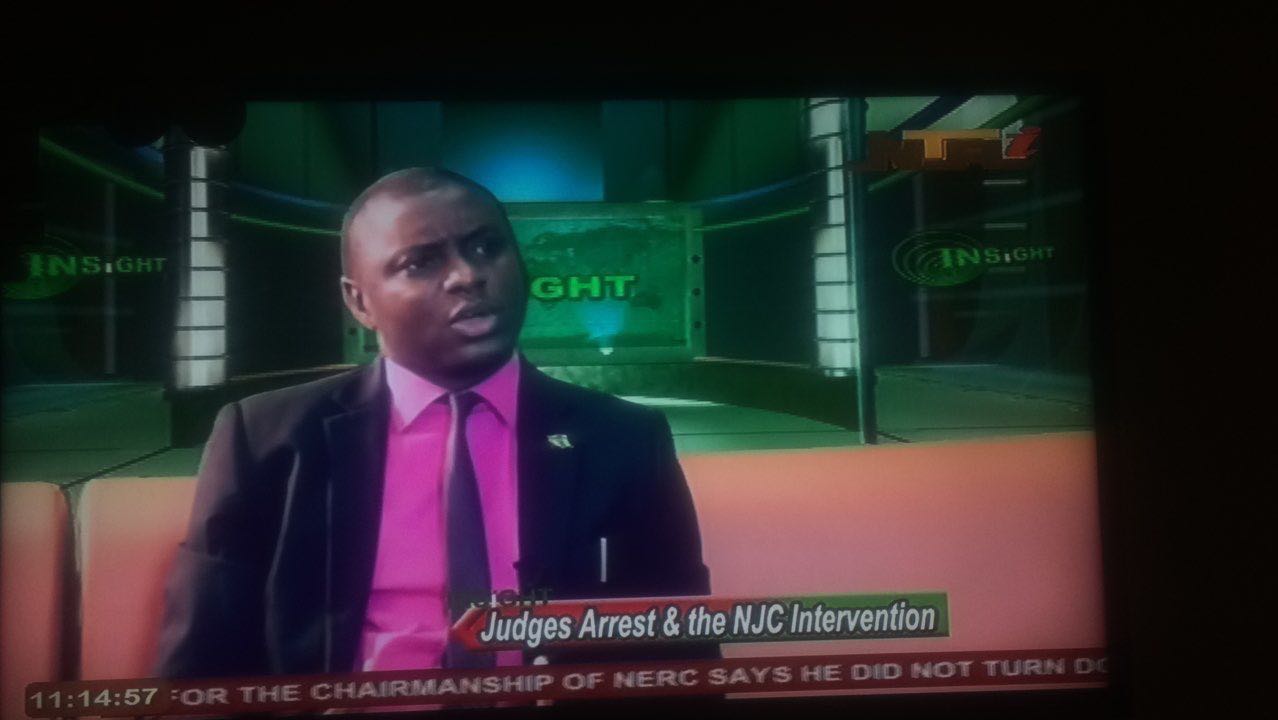 Insight is a current affairs programme aired on NTA every Friday at 11am. The trending story of judges’ arrest and the National Judicial Commission’s intervention was the focus of this edition which had Johannes Tobi Wojuola, dispute resolution specialist, as the guest speaker.

He said: “It is important to know that there is a positive reaction and it is time to start reworking things in other to act in the capacity that has been given to judicial officers. The judicial policy spots the guideline on how the judicial agency will conduct its affairs while the code of conduct for judicial officers applies particularly to judicial officers, it governs their conduct in the society, their administrative duties, handling of cases.

It has been there all the while but what we are now going to see is a proactive implementation of the code of conduct and there should be a remedy where there is a breach. The Judicial policy is basically a guideline for the implementation of the code of conduct and it stipulates in one of the principles that disciplining of judicial officers has to involve a drastic and accountable process.

We also have to understand that the judiciary is the moral arm of the government and when there is secrecy in this arm of government there is a perception that the general public distrusts the arm; openness creates respect.

The law of separation of power is simply saying, each of these arms of government will act independently without coercion of any other arm and thus if the executive which has the mandate of maintaining law and order seems that law and order are not been maintained in any other arm, its response should not be to coerce.

This does not stop the executive under which we have the security agencies from investigating and prosecuting any of these monks where they are found to have committed a crime against a state because a crime against the state is not something you can just settle at the family level, it goes beyond that,” he said.

For instance, the police who are under the executive prosecutes in the court. That is the kind of relationship that should exist but when the judges and politicians have some kind of outside the constitution relationship, it raises questions, and the moment a judge is seen with politicians every now and then attending different parties then there is a public outlook.

And I thank God that recently, they reinstated some of the rules for the judicial code of conduct that say ‘do not collect gifts from politicians.’ Being a judge is not same as being a politician where you can live a very open lifestyle. So, what we should see is a situation where judges are able to say ‘I will not participate in certain things.’ The judge is not meant to attend every event or accept every gift.”