President of the Senate, Dr. Abubakar Bukola Saraki has expressed sadness over the death of Lieutenant Colonel Muhammed Abu-Ali, who was killed in an ambush by the Boko Haram terrorists last week and described the late officer as a patriot who lost his life in the defense of his fatherland. 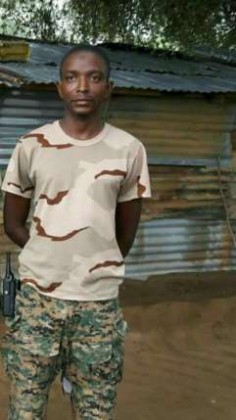 Saraki in a condolence message, signed by his Special Adviser, Media and Publicity, Yusuph Olaniyonu, however commiserated with the Commander-In-Chief of the Armed Forces, President Muhammadu Buhari, the Military High Command, the troops of Operation Lafiya Dole, the Government and people of Kogi State and the immediate family of the slain army officer, over the sad occurrence.

He lamented the incident that led to the death of Ali and other gallant soldiers while he described late Ali as one of the nation’s vibrant and promising officers in the Army. “We have lost a fine soldier and patriotic young Nigerian. This sacrifice is one of the many,  that Nigerians and most especially, the Armed Forces,  have made in taming the  misguided terrorists in our land.

“The death of Lt. Colonel Ali is a big burden that this nation is bearing in the bid to restore peace to all parts. We have lost hundreds of our security operatives and innocent Nigerians in the struggle. My heart goes out to Ali’s young wife and three children. My heart also goes out to Ali’s father, Brig. Gen. Abu Ali (rtd) who had equally served the nation as a soldier.

“His death came at a time our loyal and courageous troops are flushing out the last vestiges of the terrorists from the Northeast. We shall sorely miss late Ali’s bravery, courage and inspirational leadership,” Saraki stated.

The Senate President called on all security agencies across the land not to relent considering the anguish and lamentations that followed the death of Ali, and said, the Senate will continue to support them in the fight against terrorism.

Saraki prayed for the soul of Ali and other departed officers of the Nigerian Army to find rest in Aljanah firdaus  while urging Allah to grant the families the fortitude to bear the irreparable loss.