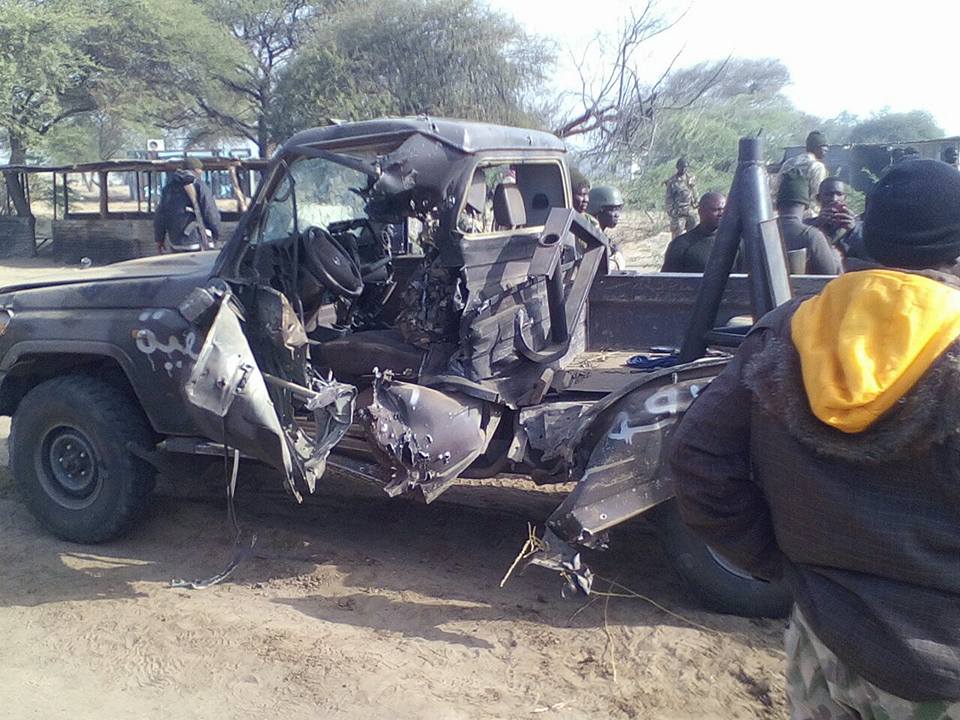 13 Insurgents Killed In A Repelled Attack In Kukawa

Troops of 119 Task Force Battalion, 8 Division Nigerian Army, deployed at Kangarwa, Kukawa Local Government Area of Northern Borno State, have yesterday neutralized 13 Boko Haram terrorists in a counter attack carried out by the troops.
Unfortunately, 1 soldier paid the supreme price during the encounter, while 3 soldiers were wounded in action.

The offensive which began at about 4.00pm and lasted for roughly four hours, necessitated the troops calling for air support to which the Nigerian Air Force (NAF) promptly responded by dispatching an Intelligence Surveillance and reconnaissance (ISR) aircraft and a Ground Attack Fighter Aircraft in support of the ground offensive. 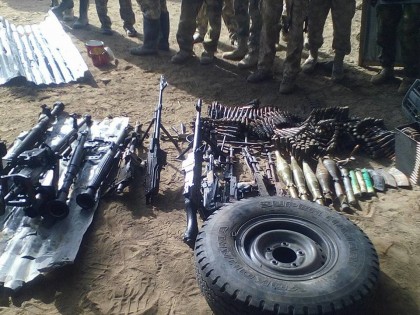 The fierce counter also saw some insurgents fleeing with gunshot wounds and abandoning logistics and weapons.