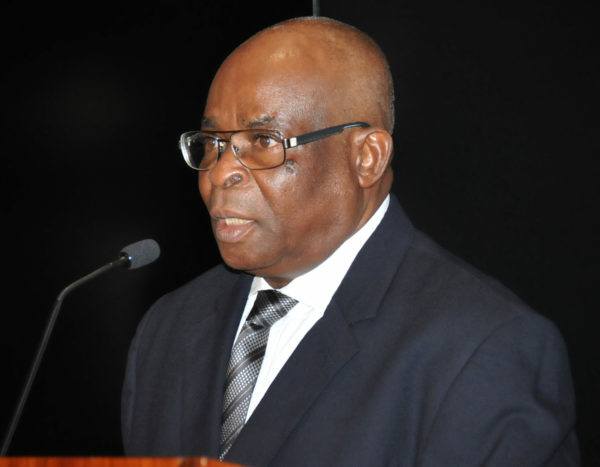 Who Is Onnoghen, the New Acting Chief Justice of Nigeria?

He came back to Lagos to enroll in the Nigerian Law School between 1977 and 1978, thereafter worked as pupil state counsel, ministry of justice, in Ikeja, Lagos and Ogun states between 1978 and 1979.

Between 1979 and 1988, he was a partner in the law firm of Effiom Ekong and Company, in Calabar, after which he became principal partner and head of chamber of Walter Onneghen and Associates, Calabar.

Onnoghen crossed from the bar to the bench in 1989 as he was appointed a high court judge by the Cross Rivers state judiciary. He moved on in 1990 to become the chairman, Cross Rivers State Armed Robbery and Fire Arms Tribunal. He was there for three years.

Walter Samuel Nkanu Onnoghen was appointed chairman of the Failed Bank Tribunal, Ibadan zone, in 1998, from where he moved on to become a justice of the court of appeal. In the year 2005, Onnoghen was elevated to the Nigerian Supreme Court as one of the justices.

NEWER POSTAfrican Development Bank Partners Nigeria to Develop SMEs
OLDER POSTPresident Obama Speaks On The Results Of The Election: “We Are Americans First”