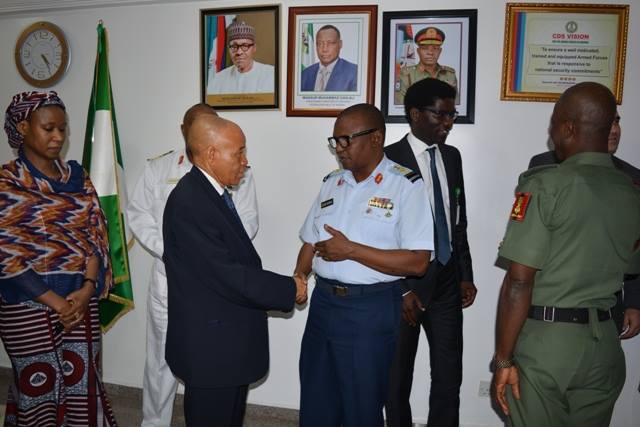 The National Secretary of Authority on chemical and Biological weapons convention Mr O.D Ilariogun has appealed to the Chief of Defence Staff (CDS) General Abayomi Gabriel Olonisakin to support the agency in its bid to curb the proliferations of Biological and Chemical weapons in Africa and the world at large.

Mr. Ilariogun made the appeal when he led a delegation from the National Authority on chemical and Biological weapons Convention (NAC BWC) to the CDS at the Defence Headquarters (DHQ) Abuja in furtherance of the bilateral discussions with the Nigerian Defence Community on Security Cooperation and the recognition that Nigeria is a key ally in the Global fight against terrorism. 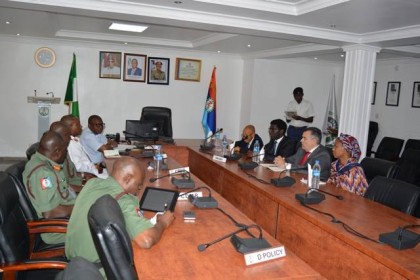 While soliciting for the CDS support, Mr Ilariogun stated that the convention had charted a roadmap for global peace and need the Nigerian Defence Community Cooperation to help domesticate the Agency’s work in seeking World peace and condemnation of the indiscriminate use of Chemical and Biological weapons.

He also appealed to the CDS to encourage the Defence Community Research and Development branches to evolve an Impact and Response plan in case of a Chemical and Biological attack in the Country.

In his response the CDS, General Olonisakin represented by the Chief of policy and plans DHQ, Air Vice Marshal Bashir Saidu thanked the delegation for their visit and acknowledged their tremendous efforts at sensitising the global public of the dangers of supporting the indiscriminate use of Chemical and Biological weapons. 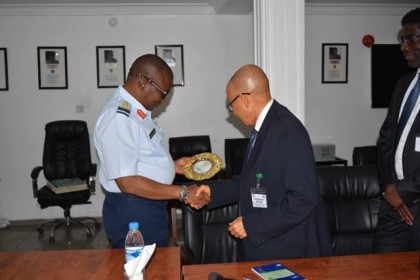 He lauded the agency’s initiatives and assured them of maximum cooperation. Speaking further, he said the delegates that the Nigerian Defence Community has a robust Impact and Response plans for any Chemical or Biological attack and has been complying with United Nations Regulations on the Indiscriminate use of biological and chemical weapons.

Air vice Marshal Saidu assured the team that the Nigerian Armed Forces would support any International agency to achieve its objectives.