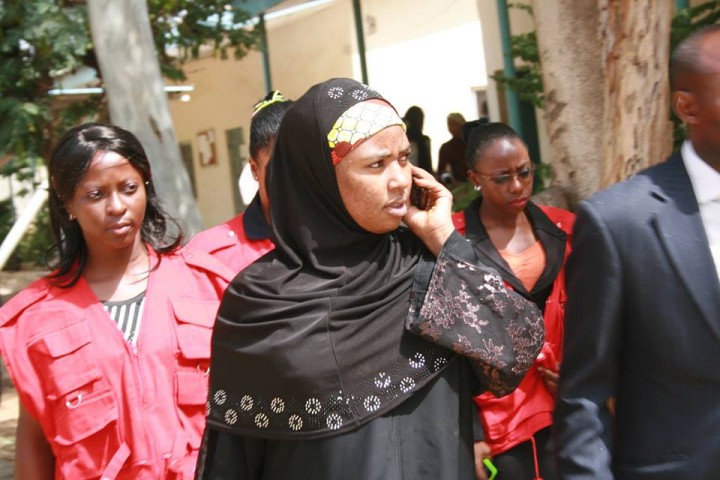 The EFCC Spokesman, Wilson Ujuwaren the convict was arraigned by the Economic and Financial Crimes Commission on October 23, 2013 on a ten count charge bordering on Forgery and Obtaining under false pretense. Upon arraignment, Yagana pleaded not guilty and trial commenced but after PW1 a staff of Skye Bank has given evidence, the convict absconded and the case suffered eight adjournment but the prosecution was unable to apprehend the convict.

On October 3, 2014, the Federal High Court issued an order forfieting all the attached properties belonging to Yagana. The assets include various sums of money stashed in three different bank accounts, a Honda Accord car with registration No. BD 496 NSR, a Toyota Matrix Car with registration No. FGE 122 AE and a Shop with goods situated at Badawa Layout, Kano.

On the 9th of June, 2016, the prosecution applied under section 352(4) of the Administration of Criminal Justice Act, 2015 for a trial in absencia which was granted by the court.

After the application to try in absencia was granted, the prosecution counsel, Mohammed Sadisu Abubakar called one more witness and tendered a total of eleven exhibits.

PW2, the investigation officer of the case, Hammaadama Bello in his evidence informed the court that the commission recieved a petition from the nominal complainant, Azman Oil and that the petition alleged that Yagana had stolen over N41,000,000 from the account of the complainant which she was the account officer.

It was also discovered during investigation, that Yagana used her position as account officer to the complainant to launder the sum of N12, 626, 250 out of the N41,000,000 she stole from the customer’s account. She perpetrated the scam by posting the sum into three Sky Bank accounts belonging to her family members- Hajja Fanna, her sister; Grema Ibrahim Bukar, her brother and her child, Ummu Kulthum.

In order to further conceal the illicit origin of the money, the convict used part of the money to open a provision store in the Kawo area of Kano Metropolis.

The convict is also awaiting arraignment before the Kano State High Court in a sister case.

In his judgment, Justice Riman hold that the prosecution has proved its case beyond reasonable doubt and therefore found Yagana guilty as charged. He convicted her on each of the ten count charge brought against her by the EFCC. However by virtue of section 352(5) of ACJA 2015, Justice Riman reserved sentencing of the convict until January 30, 2017 pending her arrest.