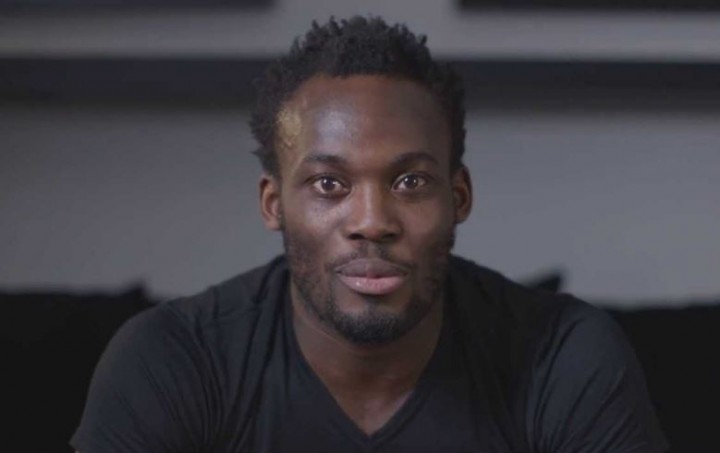 The former Chelsea player and Black Stars Of Ghana Captain was too quick to gave the nod to the country against the in-form Super Eagles.

The Former Ghana international Michael Essien made his reaction known in a recent interview with BBC News and also praised some of his former team-mates ahead of Nigeria, regardless of their sparkling form.

When asked to pick five likely candidates to win the CAF African Footballer of the Year 2016, the former Chelsea midfielder said he prefer Ghanian Andre Ayew to his former Chelsea teammate John Mikel Obi who was stunning as he scored the second goal for the Super Eagles against the Desert Foxes of Algeria in a surprise encounter.

“Ghana, of course,” this was his reply when asked who the better team was – Ghana or Nigeria, despite acknowledging that he was not born when the Black Stars won the the African Cup of Nations last.

Egypt defeated Ghana 2-0 in Alexandria on Sunday to go top of their 2018 World Cup qualifying group as goals from Mohamed Salah and Abdallah Saied gave the Pharaohs the victory.

The result means Egypt are two points clear at the top of Group E at the expense of the Ghanaians as they are already in danger with just one point so far, but with four more qualifiers to come.

He began his football career after graduating from St. Augustine’s College in Cape Coast, playing at a local club called Liberty Professionals.

Essien broke through when he played in the 1999 FIFA U-17 World Championship in New Zealand.

European scouts began to take notice, and Essien had a trial at Manchester United in April 2000. He played in the club’s Under-17 team’s defeat to Derby County.

Essien made his debut for Chelsea as a second-half substitute against Arsenal on 21 August 2005, wearing the number 5 on his shirt. The game ended with a 1–0 victory to Chelsea.