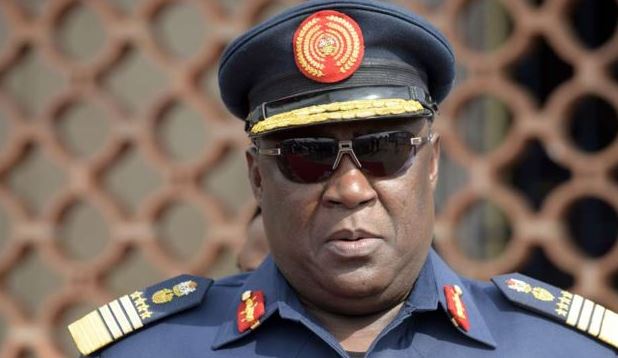 The ninth prosecution witness, PW9, in the ongoing trial of Air Marshal Alex Badeh, on Monday, November 14, 2016 told Justice Okong Abang of the Federal High Court sitting in Maitama, Abuja how $702,000 was paid into the Badeh’s account in eight installments.

Badeh is standing trial alongside a firm, Iyalikam Nigeria Limited, for allegedly abusing his office as Chief of Defence Staff by using the dollar equivalent of the sum of N1.4billion removed from the accounts of the Nigerian Air Force to purchase properties in choice areas of Abuja between January and December, 2013.

The offence contravenes Section 15 (2) (d) of the Money Laundering (Prohibition) Act, 2011 (as amended) and punishable under Section 15(3) of the same Act.

Daudu, who has been a relationship manager at First Bank since 2011 with a defined function of marketing people, converting them to customers and managing the relationship, told the court how she opened a “Visa Gold Account” for Badeh.

She explained how a deposit of $50,000 was made in two installments by Badeh’s officers, which was later cross-checked by her.

“I filled the teller and wrote my name on it as evidenced,” she added.

The witness added that Badeh sent money through his officers to the bank.

“They gave the money to me as the relationship officer and so we got to the counter and cross-checked the money,” she added.

Counsel to EFCC, Oluwaleke Atolagbe, sought the indulgence of the court to permit a detailed explanation on some of the exhibits by the witness.

The witness recognised Exhibit F1, dated March 15, 2016, as a document addressed to the Head of Operations, EFCC, with the account name: “Badeh Alex Sabundu”.
Daudu explained how the money was paid into the “Visa Gold Account” between June 13, 2013 and October 24, 2013.

Justice Abang adjourned to Thursday, November 17, 2016 for the continuation of hearing.