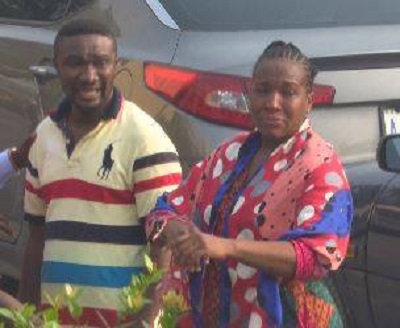 The Husband and Wife were docked on a seven-count charge bordering on conspiracy and obtaining money by false pretence.

The commission’s Head of Media and Publicity, Wilson Uwujaren in a press release on Wednesday stated this.

Uwujaren stated: One of the count reads, “Augustine Chidiebere Ezeama, Juliet Ezeama and Mabrubeni Nigeria Limited, on or about the 6th day of May, 2015 at Lagos within the jurisdiction of this Honourable Court with intent to defraud, obtained the sum of $30,570 (Thirty Thousand Five Hundred and Seventy US Dollars) from CIFERCOM LLC under the false pretence that the money was for registration of CIFERCOM LLC as a company in Nigeria preparatory to the award of $8 million (Eight million US Dollars) contract to CIFERCOM LLC by the Federal Government of Nigeria, which representation you knew to be false”.

He said both accused persons pleaded not guilty to the charge preferred against them.

Uwujaren added that in view of their plea, prosecution counsel V. O. Agboje asked for a trial date and also requested the accused to be remanded in prison custody.

“However, defence counsel D. C. Nkemdirum made an application for bail as he prayed the court to move their application, which he said had been served the prosecution since October 10, 2016.

“Justice Oshodi remanded the defendants in EFCC custody and subsequently adjourned the matter till November 21, 2016, for hearing of the bail application.

“CIFERCOM LLC lodged a complaint against Ezeama and his company, Mabrubeni Nigeria Limited after it was tricked into paying $$102,550 as processing fees for a non-existent contract.

“From the available evidence, the suspects in January 2015, convinced CIFERCOM LLC to come to Nigeria, with promise for a huge contract awarded to be facilitated by ranking officials in the country.” He said.

According to him, Ezeama was said to have introduced a business proposal of $8,000,000 ( Eight million US dollars). He later introduced his wife Juliet Ezeama as a Federal Government agent, who served as an intermediary between them. After series of communication through emails, several fees were required from the complainant to facilitate the business.

He said that after series of communication through emails, several fees were required from the complainant to facilitate the business. Eventually, the sum of $102,550 (One Hundred and Two Thousand, Five Hundred and Fifty US dollars) was paid to Mabrubeni Nigeria Limited owned by the Ezeamas.

“Sometime in May 2015, Augustine further informed the complainant that the new President wanted the project extended to cover the whole country with a new cost of $120,000,000.00 (One Hundred and Twenty Million US dollars), and the victim was expected to pay additional $650,000.00 before June 10, 2015.

“After waiting without receiving any contract , the complainant became apprehensive and approached the EFCC through his solicitors for investigation into the matter.” He said.