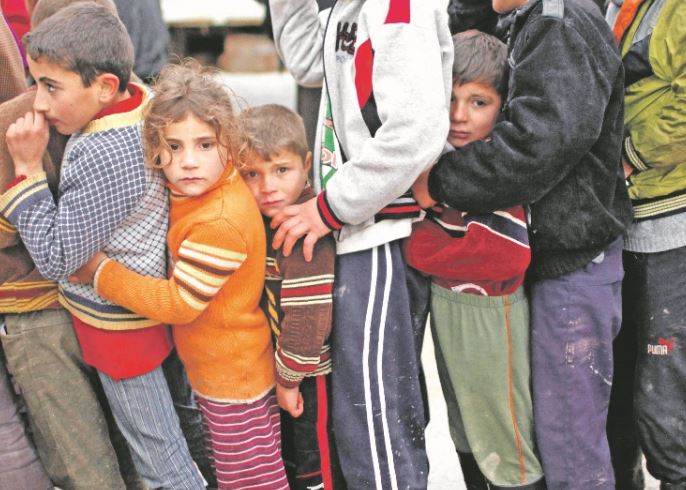 More than 20 million children are in dire need of humanitarian aid in war torn Syria, Iraq and Yemen (Photo: Internet)

More than 20 million children in Syria, Iraq and Yemen are in dire need of humanitarian aid as a result of civil wars taking place in the three countries, a UN official said.

The United Nations Children’s Fund (UNICEF), Middle East and North Africa Chief of Communication, Juliette Touma, said the organisation was concerned about the fate of more than 100,000 children in eastern Aleppo, Syria.

Touma pointed out that children in Aleppo are subjected to heavy shelling and a suffocating siege as they grow up in an atmosphere filled with violence.

“Humanitarian aid cannot be suspended for whatever reason. Humanitarian organisations should be able to have unconditional access to the needy children,” she said.

Remarking on the Turkish government’s efforts in this regard, the official said: “We are grateful to Ankara for its efforts and humanitarian aid for refugee children in the country, and full cooperation with the international organisation in recent years.”

Boko Haram jihadists have laid waste to the country’s northeast since taking up arms against the government in 2009, displacing millions.

“Currently our assessment is that 14 million people are identified as in need of humanitarian assistance.

“The UN hopes to target half of the 14 million people,” Mr Lundberg said.

In a similar report, the First UNICEF-led interagency aid convoy has reached Mosul.