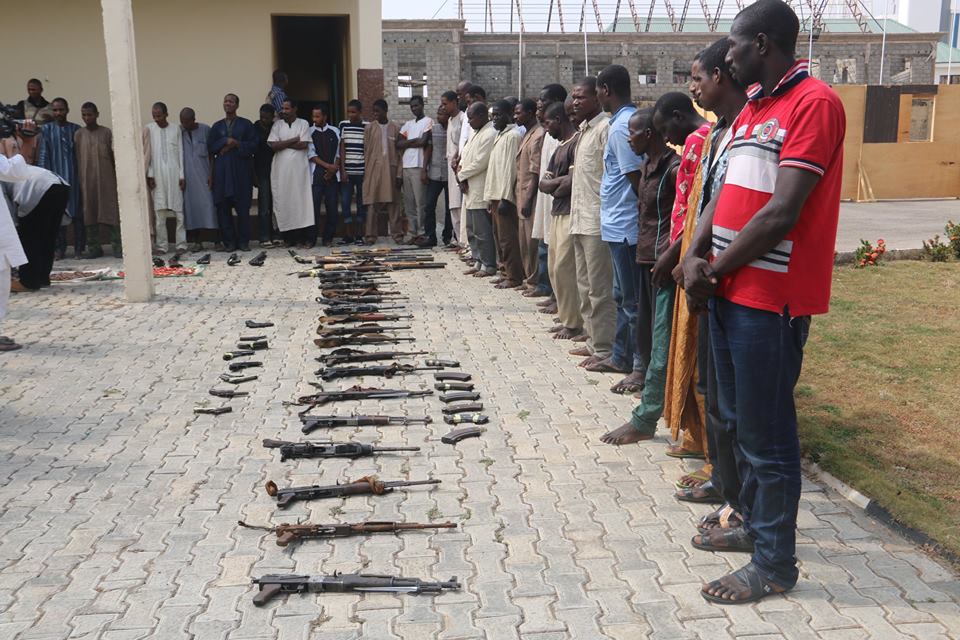 The Inspector General of Police in his mandate to reap the Nigerian Police Force (NPF) of bad elements that spoil the name of the Police with their various forms of misconduct, instituted strict measures to ensure that the conduct of officers and men of the Force conform to international best practices and norms.

The Nigeria Police Force on Tuesday announced the dismissal of 14 policemen for various levels of misconduct.

Awunah said that the Inspector General of Police (IGP), Ibrahim Idris, on assumption of duty, instituted strict measures to ensure that the conduct of officers conformed to international best practices and norms.

He said that the IGP was determined to ensure that Police duties and other responsibilities were carried out professionally without compromising integrity and allegiance to the nation and the force.

He said the aforementioned personnel of the force who used their official capacities to carry out misconduct were dealt with according to the law to serve as deterrent to others.

“The following personnel of the Force who erred and compromised in discharging their duties and betraying the official oath of office were arrested, subjected to internal disciplinary measures and punished according to the gravity of their offences.

“This unacceptable professional misconduct are categorised as follows: Aiding and abetting serious crimes, Conspiracy with militants and Disappearance of explosives.

“The IGP wishes to acknowledge and commend the patriotic and tireless police officers who are making sure that Nigeria is safe and secure especially at the flash points of the North East, North Central and South- South (Niger Delta).

“Their sacrifices will not go in vain; they will be adequately rewarded.

“Admittedly, these remarkable achievements are clear testimonies of interagency synergy between the police and our sister intelligence agencies,’’ he stated.

He said that the IGP recognised and appreciated the professional and institutional support of sister agencies.

According to Awunah, the process to progressively sanitise the system of unprofessional and criminally minded personnel will be sustained.